Parliament saw a ruckus over recent spate of shooting at anti-CAA protesters following Thakur leading a 'goli maaro...' chant at a Delhi rally. 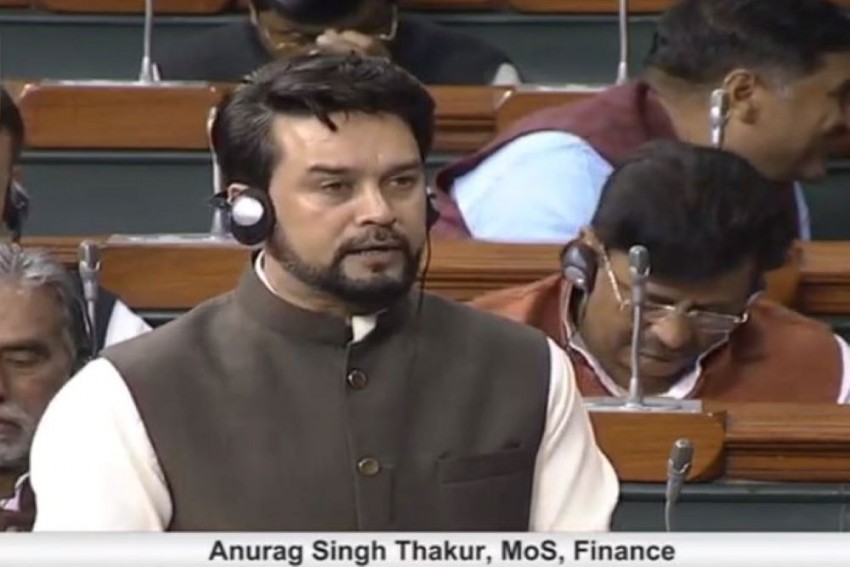 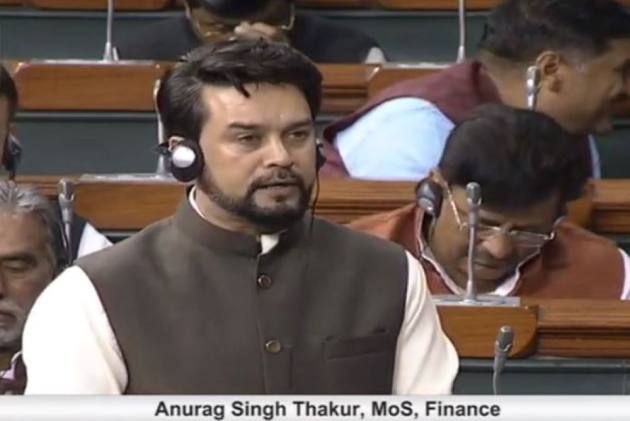 Minister of State for Finance, Anurag Thakur on Monday faced flak in Parliament for his act of egging a crowd to chant the controversial 'goli maaron...' slogan following three incidents of shooting at anti-CAA protesters in the past four days in Delhi.

The chant, which have been reportedly used at various instances to condemn anti-CAA protesters, are being seen as fuel for a spate of firing incidents near Delhi's Shaheen Bagh and Jamia Millia Islamia.  Month-long demonstrations against the amended citizenship law are being held in these two places along with a dozen others.

One of the shooters, allegedly a juvenile, was taken into custody by police after opening fire on protesters near Jamia Millia Islamia. He had posted pro-Hindutva slogans on Facebook. Another shooter declared on camera -- when the police was detaining him -- that no one but Hindus would have their say in India.

The incidents also follow the BJP's shift of the focus of Delhi poll campaign on the anti-CAA protesters and Home Minister Amit Shah going to the extend of urging voters to press the EVM button so heard that the current is felt in Shaheen Bagh. Controversial comments comparing the protest sites to Pakistan have also been made by Uttar Pradesh Chief Minister Yogi Adityanath, among others, during his recent Delhi rallies.

Opposition members also staged a walkout in Lok Sabha as BJP MP from Delhi Parvesh Verma rose to speak during a discussion on motion of thanks on the President's address. He has also made controversial comments on anti-CAA protesters.

"You are fake Hindus," he said in an attack on the BJP, adding that if its members were "asli (genuine) Hindus", then they would have behaved differently.

Opposition MPs also raised slogans of "Save the Constitution. Save our India. No to CAA".

Speaker Om Birla and Parliamentary Affairs Minister Pralhad Joshi asked protesting members, who had trooped into the Well as soon as the Question Hour began at 11 am, to raise their issues during the discussion on the Motion of Thanks to the President's address.

With opposition members carrying placards and raising slogans against the Citizenship Amendment Act, National Population Register and National Register of Citizens, the Speaker adjourned the House after a little over 10 minutes following the Question Hour.

Some Congress members were heard raising slogans, seeking "azadi" (freedom) from the CAA, NPR and NRC.

Throughout their protests, Birla kept appealing to opposition members to return to their seats to raise issues. He let Chowdhury speak during Zero Hour.

Despite the protests, at least nine questions were taken up during the Question Hour, the first in the current Budget session.