Gone In 60 Seconds: A Lamborghini In Himachal

To take advantage of lower registration fees, many people from neighbouring states are getting their fancy cars registered in Himachal Pradesh. 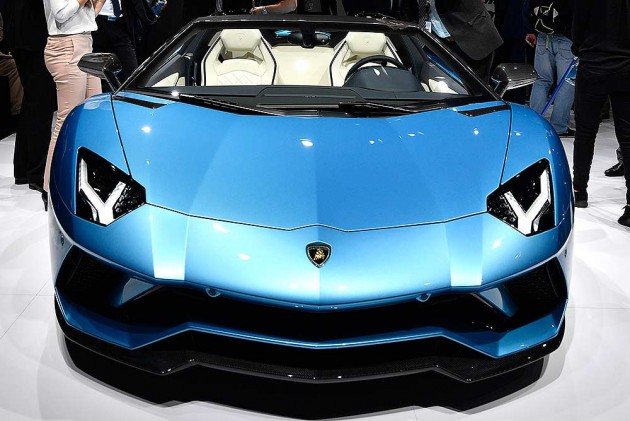 The registration of a brand new Lamborghini – one of the costliest private luxury cars --last week at Indora—a small town in Kangra district bordering Punjab has left officials baffled.

The fact that high-end vehicles like Land Rover Discovery, Range Rovers, Mercedes, and Volvo XC 90 are running in small hill towns is not a big surprise in the prosperous state, where the apple economy and services sector have brought riches for the locals. But there's a catch. Most of the people getting their luxury vehicles registered here are not locals, but residents of Punjab, Haryana, Delhi, or other neighbouring states, manipulating the law to take advantage of the low Motor Vehicles Registration fee, which is just 3 per cent against 6 to 8 per cent in the other states.

As per legal provisions any person living in the state, whether a permanent resident or someone who has a job or business there, can register his /her vehicle registered in Himachal Pradesh. The owners of luxury cars from other states have managed to get rent deeds prepared with locals, thus enabling them to get the vehicle registrations done at their addresses. Indora is neither a big industrial town nor a tourist destination. Most of the people here are either agriculturists or jobs—both within and outside the state. Besides Indora, other places where various luxury vehicles have been registered include districts of Una, Sirmaur and Solan.

Last month, the Himachal Pradesh state Assembly passed the HP Motor Vehicles Taxation (amendment) Bill 2020 to raise the registration fee to 10 per cent. While the Bill still hasn't been submitted to the state Governor Bandru Dattatreya for his assent by the Transport department, vehicle owners have rushed to take advantage of this window.

The data with the state’s Transport department reveals that 13,754 private cars/personal vehicles were registered in Himachal Pradesh between June 2019 to September 2019. That number has suddenly shot-up to 16,761 during the same period this year, which includes three months of lockdown –when everything was at standstill.

Former Transport minister G S Bali admits that there has been a rush of luxury vehicles getting registered because the vehicle owners know the tax/fee would be raised soon. “During my term as minister, I had introduced a new norm, which made it mandatory for owners of luxury cars to pay a special fee for all those vehicles, which don’t have dealerships in the state. I myself paid a special fee when I bought a Mercedes for my personal use since I had already surrendered my official car," Bali told Outlook.

Commissioner Transport Capt (Rtd) J M Pathania, who is on election duty in Bihar, admitted that facts about outsiders submitting 'bogus ' residence documents to get their car registered have come to his notice. “What happened in this particular case is itself baffling. We are getting it examined if the facts stated are authentic,” he said over the phone, adding that the state government has suffered a loss of Rs 45 crores since March this year. "There are certainly some delays at our level. But once the bill gets the Governor's seal, this lacuna will be plugged," he said.