Got Both Jabs? You Might Not Need A Covid-Negative Report To Fly Domestic 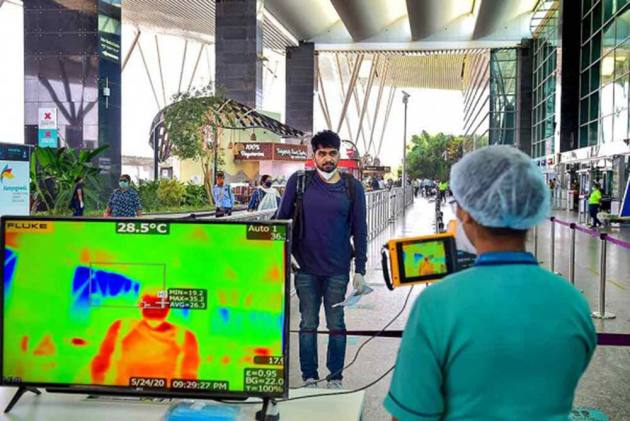 Amid a steady decline in the number of Covid-19 infections and the second wave of the virus ebbing in most parts of the country, the Centre is contemplating to allow fully vaccinated air passengers to travel within the country without a negative Covid test report, senior government officials said on Monday.

Central ministries, including the Ministry of Civil Aviation and the Ministry of Health and Family Welfare, are currently discussing the matter with various other stakeholders, they added.

The development comes in the backdrop of Prime Minister Narendra Modi assuring citizens that the Covid vaccine supply in India will increase in the coming few weeks.

Centre To Provide Free Covid Vaccines To States For all Adults From June 21: PM Modi

The Centre has decided to buy 75 per cent of jabs from vaccine makers, including 25 per cent of the state quota, and give it for free to state governments, the prime minister said, earlier today.

Modi further said private sector hospitals can continue to procure 25 per cent of vaccines, but their service charge would be a maximum of Rs 150 per dose over the fixed price of the vaccine.

Asserting that in the fight against coronavirus, vaccine is like a protection shield, Modi urged people to spread awareness about vaccines.

In the backdrop of these developments, domestic airlines, which have already taken a major hit due to the COVID-19 pandemic, have told the civil aviation ministry that state-level requirements for negative Covid tests for travel are hampering the growth of air travel and the fully-vaccinated passengers should be allowed to travel without Covid-negative reports, the officials said.

To conserve cash and survive this tough time, all Indian airlines have taken measures such as cutting the employees' salaries, firing employees and renegotiating leases with aircraft lessors.

Since health is a state subject, the Centre is discussing with the states a way through which domestic air passengers, who have got both doses of the COVID-19 vaccine, can be allowed to travel without the test reports, the officials said.

The Centre is also in talks with other aviation stakeholders such as airlines, airports etc. on how it can be done, they added.

While the government is considering allowing domestic air travel without Covid test reports for those who have got both doses of the vaccine, it has opposed a similar measure for international travel.

At a G7 meeting of health ministers on June 4, Union Health Minister Harsh Vardhan expressed India's "concern and strong opposition" to allow vaccine passports for international travel at this juncture of the pandemic.

"With vaccine coverage as a percentage of population in developing countries still low compared to developed countries, such an initiative could prove to be highly discriminatory," he said.

Meanwhile, on May 28, the airlines were asked by the Centre to operate only 50 per cent of their pre-Covid domestic flights from June 1, instead of 80 per cent permitted earlier.

The decision was taken "in view of the sudden surge in the number of active COVID-19 cases across the country, decrease in passenger traffic and passenger load factor (occupancy rate)", the civil aviation ministry said in an order.

When the government resumed the scheduled domestic flight operations in the country on May 25 last year after a two-month break, the ministry had permitted the carriers to operate not more than 33 per cent of their pre-Covid domestic services. This cap was gradually increased to 80 per cent by December last year.