As per an Inter-Ministerial Group report of August 31, 2017, the total debt of the telecom industry was Rs 7.88 lakh crore. 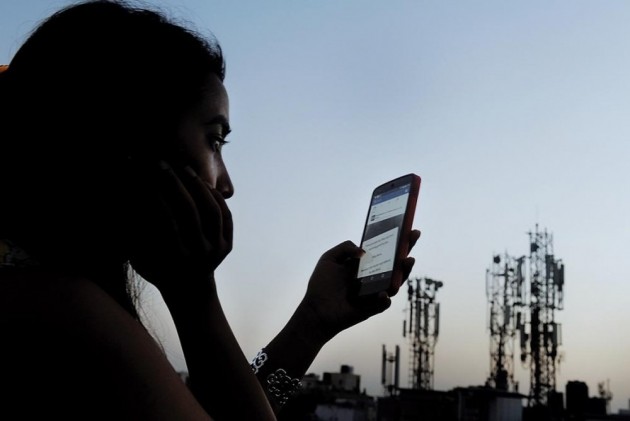 According to the plan, department of telecommunication will give an option to the Telecom Service Providers (TSPs) -- Airtel, Vodafone-Idea and Reliance Jio -- to defer payment of the spectrum auction instalments due for 2020-21 and 2021-22, either for one or both years. These deferred amounts will be spread equally in the remaining instalments to be paid by TSPs. The decision for deferring spectrum payment instalments for two years will be implemented within a fortnight.

According to a government official, the move would help “ease cash outflows and help continue operations. Besides, it would also help to improve their financial health."

The move came following the Supreme Court's decision on October 24, in a long-standing dispute, on the definition of adjusted gross revenue (AGR). Telecom operators pay license fee and spectrum usage charges on AGR and the dispute pertained to inclusion and exclusion of various other non-licensed activities like dividend and capital gains.

Following the SC judgement, there were apprehensions that telecom firms would go under. Bhagyashree C.Bhati of CARE Ratings says: "It is not a good idea to allow telecom firms to go bankrupt. This is because it will push the two incumbents out of the business which, in turn, will result in almost negligible competition and thus will create the possibility of monopoly in the telecom sector."

As per an Inter-Ministerial Group report of August 31, 2017, the total debt of the telecom industry was Rs 7.88 lakh crore.

Telecom industry body Cellular Operators Association of India (COAI) welcomed the government's proposal but said the financial stress in the sector continues. "This will certainly provide some immediate cash flow relief to the industry. However, the high level of levies and taxes continues to be a challenge for the sector," said COAI late Wednesday evening.

It said: "We humbly request the government to consider the vexing issue of AGR and address the anomaly of continuing with the previous legacy issue of revenue share and License Fees and SUC (spectrum usage charges) when spectrum has already been paid for upfront. We hope the government will consider this request of either eliminating AGR or redefining these in line with our request and then reduce the LF and SUC to 3% and 1% respectively."

The COAI said that it had been requesting the government that the levies and Taxes should be rationalized. “The same is also one of the important goals of the National Digital Communications Policy 2018 (NDCP). However, these aspects of the NDCP are yet to be operationalised and we are engaging with the government on the same,” it added. 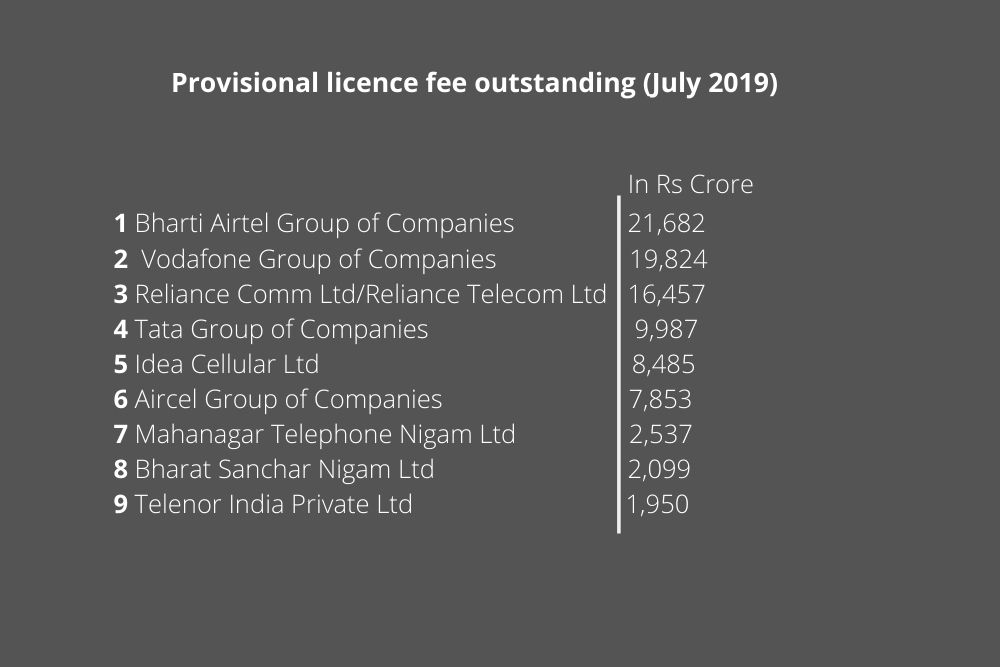 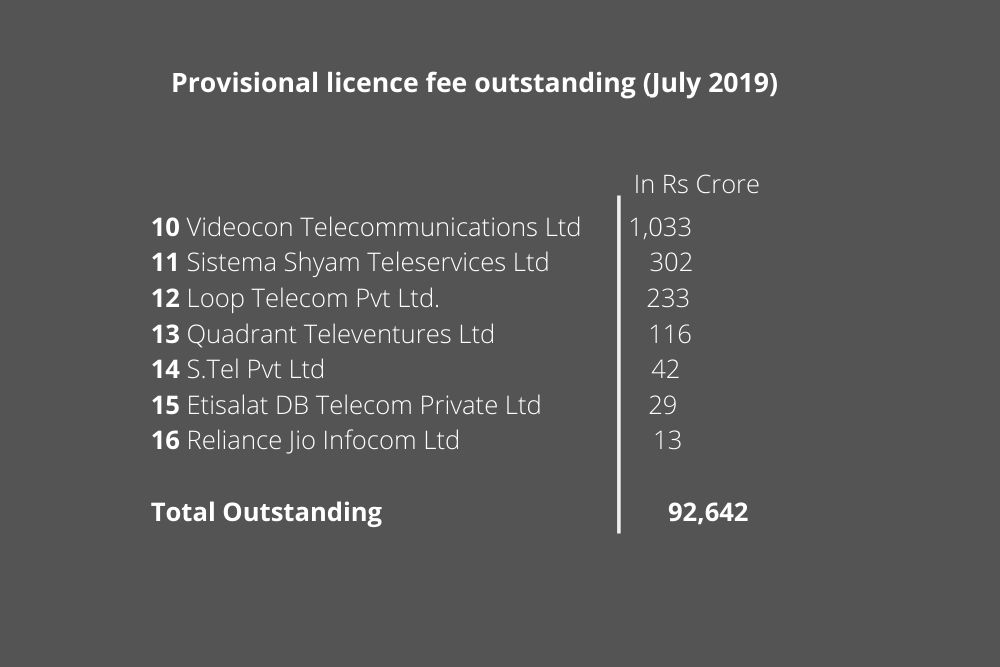