"The tall claim of the government that the entire adult population will be fully vaccinated by December 31 has gone up in smoke. The start of the booster dose, while it is absolutely necessary, will further expose the demand-supply gap," Chidambaram said on Twitter. 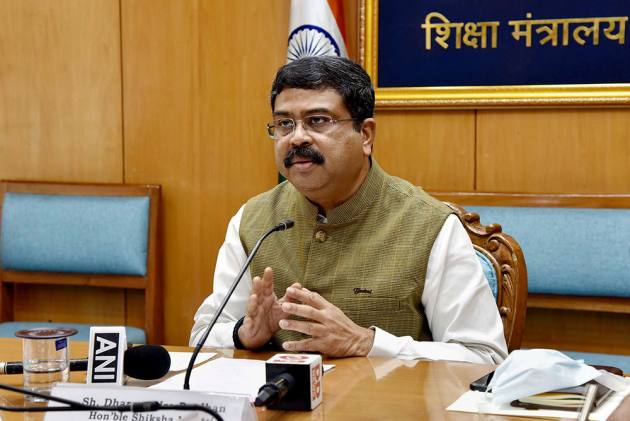 On Monday, the Congress and the Centre were at loggerheads over COVID-19 vaccination targets. Senior leader of the opposition party P Chidambaram said that the government claim of vaccinating the entire adult population by December 31 "has gone up in smoke" and Union Minister Dharmendra Pradhan hit back at the party for "spreading disinformation".

Former home minister Chidambaram lashed out at the alleged sluggish pace of inoculation against the viral disease and claimed that the government's "protectionist" policy has led to Pfizer, Moderna and other WHO-approved vaccines being kept out of India on one pretext or another. "Which is why we do not have enough vaccines to administer two doses to the 94 crore population," he said.

"The tall claim of the government that the entire adult population will be fully vaccinated by December 31 has gone up in smoke. The start of the booster dose, while it is absolutely necessary, will further expose the demand-supply gap," Chidambaram said on Twitter. Earlier, Union Education Minister and senior Bharatiya Janata Party (BJP) leader Pradhan described Congress leaders as "compulsive naysayers" who are out to "seeding panic, creating fear and spreading disinformation".

Chidambaram also alleged that the booster dose proposal is "shrouded in confusion". "Which is the booster dose vaccine for Covishield? Not another dose of Covishield, I hope. The chickens have come home to roost. We are paying the price for delayed orders, delayed payment, non-licensing of Pfizer & Moderna, and insufficient production and supply," he tweeted.

Hitting out at Chidambaram, Pradhan said, "The sadist attitude of Congress and its coterie on every progressive step India takes never fails to surprise!" "First, they misled people over the safety of our homemade vaccines, stoked vaccine hesitancy and created panic by doubting the collective capability of our country," he tweeted. "And, now when India is yet again taking proactive steps to effectively manage the Omicron variant, flower-pot-farmers and compulsive naysayers are doing what they are best at -- seeding panic, creating fear and spreading disinformation," Pradhan said.

The minister noted that many developed countries are facing the brunt of Omicron despite depending upon the said vaccines. "Also, Chidambaram ji, let me remind you it was the Congress government that sold vaccines for profit. Your intent to deceive will not derail India's fight against the pandemic," he wrote on Twitter. The country had launched the Covid vaccination drive on January 16 and set a target to achieve 100 per cent vaccination for the first dose by December 31. As on Monday night, the country had administered 142.47 crore doses of Covid vaccines, with nearly 84 crore beneficiaries receiving the first dose and over 58.5 crore receiving both the jabs.