Government Of Chhattisgarh To Commence Paddy Procurement From December 1

Paddy is the major crop of Chhattisgarh, therefore, it is referred to as the Rice Bowl of India. 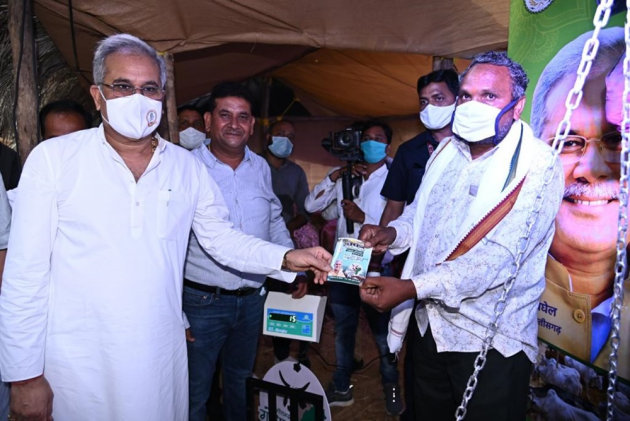 The Bhupesh Baghel-led state government will start paddy procurement from December 1 at the support price. Paddy procurement has been a political and social issue in the state. The state government is not allowing any kind of reduction in paddy procurement amid Covid-19 crisis. Paddy is the major crop of Chhattisgarh and therefore, it is referred to as the Rice Bowl of India. Even after facing the non-fulfilment from the central government's side on the state's demand for gunny bags to buy paddy, Chhattisgarh is still somehow trying to collect and raise gunny bags.

The Chief Minister, Bhupesh Baghel, has fulfilled his promise made to the farmers of the state, by waiving agricultural loans worth Rs 9 thousand crores amounting to 17.82 thousand farmers of the state, and by procuring paddy at the support price of 2500 rupees. The Government of Chhattisgarh had set a new record with 80.37 lakh metric tons of paddy procurement from farmers of the state at the rate of Rs 2500 per quintal in Kharif marketing year 2018-19.

Additionally, beating its record, 83.94 lakh metric tonnes of paddy was procured at support price in the Kharif marketing year of 2019-20. 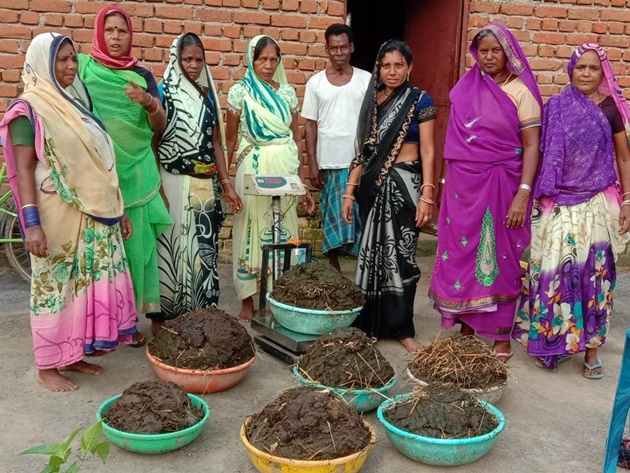 The Chief Minister had promised the farmers to procure paddy at the rate of Rs 2500 per quintal, but In the Kharif marketing year 2019-20, the central government placed a block in front of the state government, on not buying rice from the centre pool for buying paddy at the support price of Rs 2500. Concerning this, the Government of Chhattisgarh started the Rajiv Gandhi Kisan Nyay Yojana. Within the scheme, the state government is transferring Rs 5750 crore directly into the bank accounts of 19 lakh farmers. The scheme is quite similar to the farmer-friendly schemes of Odisha and Andhra Pradesh. The assistance of Rs 4500 crores has been directly provided to the farmers of the state under three instalments. 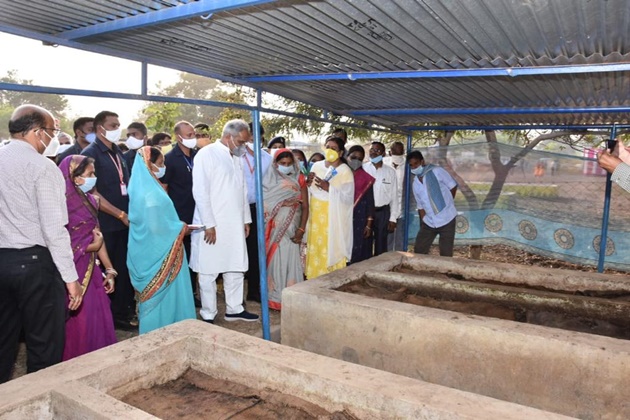 A vast majority of 90 per cent beneficiaries, who have availed the benefit under the Rajiv Gandhi Kisan Nyay Yojana, belong to the marginal sections of society such as, SC, ST, OBC and economically weaker sections. The on-the-spot assistance provided by the Rajiv Gandhi Kisan Nyay Yojana, to the farmers of the state has served as a lifeline for the farmers, with the revival of their economic status.

The Godhan Nyaya Yojana was launched on July 20, 2020, aiming at the promotion of organic farming and the creation of new employment opportunities at rural and urban levels. With a total of 6430 Gauthans in the state, 3726 Gauthans of the state are actively engaged in the procurement of cow dung. Cow Dung is purchased from the villagers and cow dung collectors at the cost of Rs 2/per kg. 26 lakh 76 thousand quintals of cow dung has been purchased in the state so far. 2,10,017 beneficiaries have registered themselves in the state, and 1,32,855 cattleman have been benefited, so far. 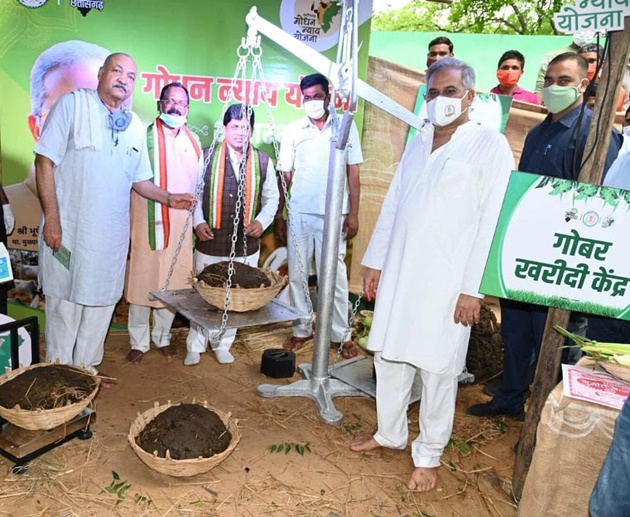 Amendment in the Market Act

The Chhattisgarh government has amended the Agricultural Produce Market Act to protect the interests of farmers and general citizens of the state, concerning the three new agricultural laws passed by the central government. The Chhattisgarh Government called a special session of the Legislative Assembly on October 27, 2020, and passed a resolution amending the Market Act, making provisions for monitoring the sale of agricultural produce and establishment of electronic trading platforms. With this, Chief Minister Bhupesh Baghel has fulfilled his promise to not allow any kind of injustice towards farmers in Chhattisgarh.

21 lakh 48 thousand 606 farmers have registered themselves for paddy procurement at the support price, in more than two thousand cooperative societies of the state, including two lakh 49 thousand 80 new farmers. The paddy harvested area by the registered farmers is 27 lakh 59 thousand 404 hectares. The area under paddy harvesting in Chhattisgarh has increased by 73 thousand 387 hectares i.e. 2.73 per cent this year. 19 lakh 55 thousand 236 farmers registered to sell paddy in the year 2019.