Currently, the minimum age of marriage is 18 years for women and 21 for men. 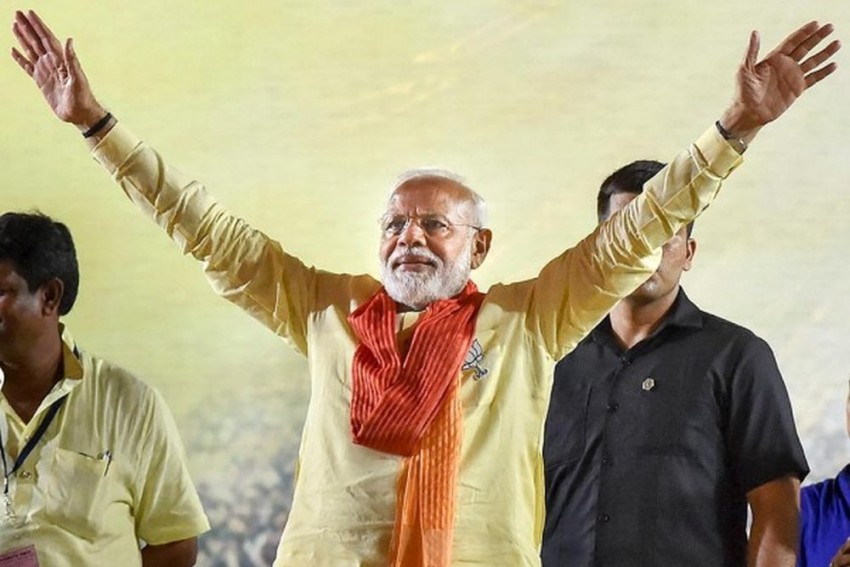 Prime Minister Narendra Modi said that the government will soon take a decision on revising the minimum age of marriage for girls after it receives a report from the committee set up for this.

PM Modi also said the girls' gross enrolment ratio in education has turned higher than that of boys for the first time in the country because of several efforts taken by the government in the last six years. He was addressing a video conference after releasing a commemorative coin on the 75th anniversary of the Food and Agriculture Organisation (FAO).

"There is an important deliberation going on to decide what should be the ideal age of marriage for daughters,"  he was quoted as saying.

Earlier in the day, PM Modi wished everyone on the occasion of Navratri. He highlighted how blessings from Goddess Durga can help our planet be safe and healthy.

He tweeted, “Pranams to Maa Shailputri on Day 1 of Navratri. With her blessings, may our planet be safe, healthy and prosperous. May her blessings give us strength to bring a positive change in the lives of the poor and downtrodden.”

Currently, the minimum age of marriage is 18 years for women and 21 for men.

Highlighting other initiatives by the Government, PM Modi said, “The government is also providing sanitary pads at Re 1 to poor women. Because of these efforts, for the first time, the gross enrolment ratio of girls in education is more than that of boys."