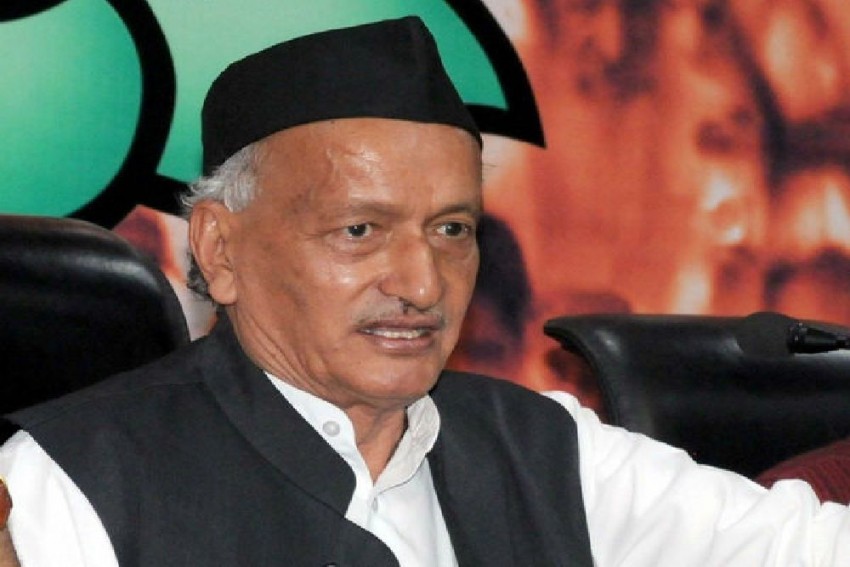 The Shiv Sena government accused Maharashtra Governor Bhagat Singh Koshyari of toeing the BJP's line and added that if the central government wishes to uphold the constitution, it should recall him.

The government also emphasised that the Maha Vikas Aghadi (MVA) dispensation is functioning quite smoothly and that the Central government should not use the governor's shoulders to take a dig at the state government.

"Governor Bhagat Singh Koshyari is back in news again. He has been in politics for the last many years. He was a Union minister and also the chief minister of Uttarakhand. However, ever since he became the Maharashtra governor, he has always remained in news or landed in controversy", said the party through its editorial mouthpiece "Saamana".

"Why he is always landing in controversy? Recently, he was in the news over the use of a state government's plane. The governor wanted to go to Dehradun using the state aircraft. But the government denied permission. He sat in the aircraft on Thursday morning, but as the plane did not have the approval to fly, he had to disembark and take a commercial flight to Dehradun," the article stated.

The BJP is creating an issue out of it. But why did the governor sit in the plane even as the government had not given its approval for it to take off, the party asked.

It was a private tour of the governor and as per the law, not only the governor but even the chief minister cannot use a state plane for such purposes. The Chief Minister's Office (CMO) has acted in accordance with the law, it said.

"But Leader of Opposition Devendra Fadnavis accused the state government of being egoistic. The country knows who is indulging in politics of ego. Despite the death of over 200
farmers during the ongoing protest on Delhi borders over the three farm laws, the government is not ready to withdraw them. Isn't that ego?" the Uddhav Thackeray-led party asked.

A governor should pursue the agenda of the government of the day and not that of the opposition, it added.

The Sena also criticised the delay in governor's approval of 12 names recommended by the state cabinet for their nomination to the Legislative Council from his quota.

"The governor is acting like a puppet," it alleged.

The governor of Maharashtra is an honourable person. But it is also his own responsibility to keep the prestige of the position that he occupies. However, he is being forced to dance to the BJP's tunes, it said.

"If the Union Home Ministry wants the Constitution, laws and norms to be upheld, it should recall the governor," it said.