Govt Helpline For Elderly Receives 3.39 Lakh Calls Since May, Highest From UP

About 47.59 per cent of the genuine calls recorded were related to COVID-19 related support, vaccination information among others. Pension and abuse were also highly reported. 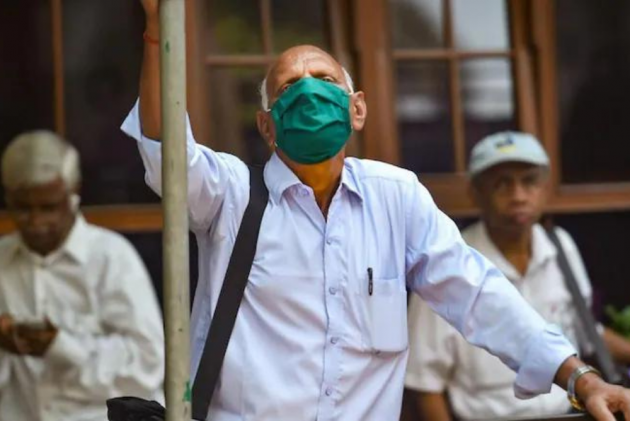 The coronavirus pandemic and consecutive lockdowns have led to a sharp increase in the distress faced by people. But perhaps the deepest impact of the pandemic has been on senior citizens and the elderly.

The government's senior citizen helpline, 'Elderline' has received over 3.39 lakh calls since May, with more than 79,000 of them from Uttar Pradesh.

The national helpline launched by the Social Justice and Empowerment Ministry in collaboration with Tata Trusts aims to reach out to the elderly seeking assistance.

More men than women reached out to Elderline seeking help.

However, out of the 3,39,879 calls received since May 1, as many as 3,02,195 calls were non-serviceable calls which include non-genuine requests like nuisance calls, calls with out of scope requests for non-elderly among others, according to the data shared by the Social Justice and Empowerment Ministry.

While out of 37,684 genuine calls, 17,933 calls (47.59 per cent) were related to COVID-19 related support, vaccination information and voluntary services among others.

About 11,209 calls (29.75 per cent) were looking for guidance in subjects of legal counsel, direction for social security and pension related issues.

As many as 5,550 calls (14.73 per cent) were seeking information that includes calls that provide details of old age homes, caregivers, daycare centres, hospitals, doctors among others.

While 2,313 calls (6.14 per cent) were for seeking field interventions when the caller was seeking support for the rescue of a homeless elderly or care for an abused elderly.

About 679 calls (1.80 per cent) were also received for seeking emotional support where callers were counselled.

An official said in some cases these calls were directed to mental health professionals with experience in geriatric therapy and counselling for in person support.

The official said the call pattern in the helpline can help the government in giving it direction for policy decisions for elderly.

On the occasion of International Day for Older Persons, Vice President Venkaiah Naidu had dedicated Elderline to the nation and lauded the help extended by it to senior citizens.