AAP charged at BJP and said that BJP "leaders are continuously spoiling the atmosphere of Delhi by giving provocative speeches". 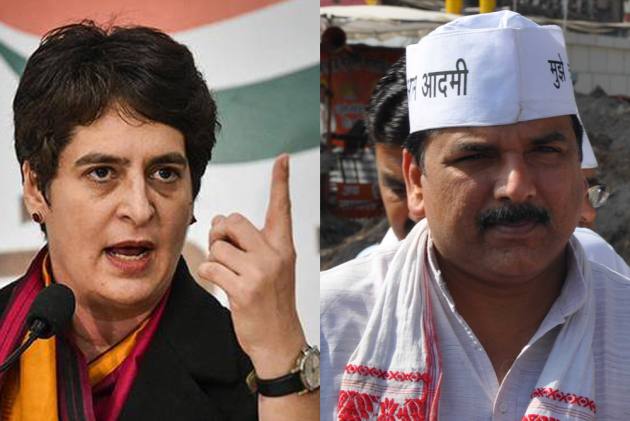 The Congress and Aam Aadmi Party on Thursday blamed the Bharatiya Janata Party for the attack in Jamia, accusing the saffron party of inciting the attacker to shoot at the students.

Gopal Bhagat Singh, 19, brandished a gun in Jamia when students of the Jamia Millia Islamia were taking out a protest march against Citizenship Amendment Act and NRC from the campus to Raj Ghat.

Reacting to the incident, Congress leader Priyanka Gandhi Vadra took to Twitter and said that Jamia's incident was a result of provocative speeches made by the BJP leaders.

"All this is possible when the ministers and leaders of the BJP government incite people to shoot, give provocative speeches," Gandhi wrote.

Aam Aadmi Party also charged at BJP and said that BJP "leaders are continuously spoiling the atmosphere of Delhi by giving provocative speeches".

Singh and Gandhi were referring  to the controversial speech made by BJP leader Anurag Thakiur who had chanted “shoot the traitors” while leading a crowd at a BJP rally in New Delhi on Monday.

Party leader Sanjay Singh said the attack in Jamia was also part of BJP's plan to postpone Delhi elections for the fear of defeat.

CPI (M) also accused the BJP of inciting the Jamia attack, saying "hate speech, call to violence by ministers and BJP leaders, and silence of the Prime Minister has led to this shameful outcome".

Gopal, who hails from Greater Noida's Jewar, was arrested by Delhi Police after he shot at a student. The incident was caught on camera and took place in the presence of a large contigent of Delhi Police.

The injured student was rushed to a nearby hospital and is being treated upon.