Congress leader KC Venugopal said he will move privilege notice against Minister of State for Health Bharati Pravin Pawar as she "misled and misguided" the House. 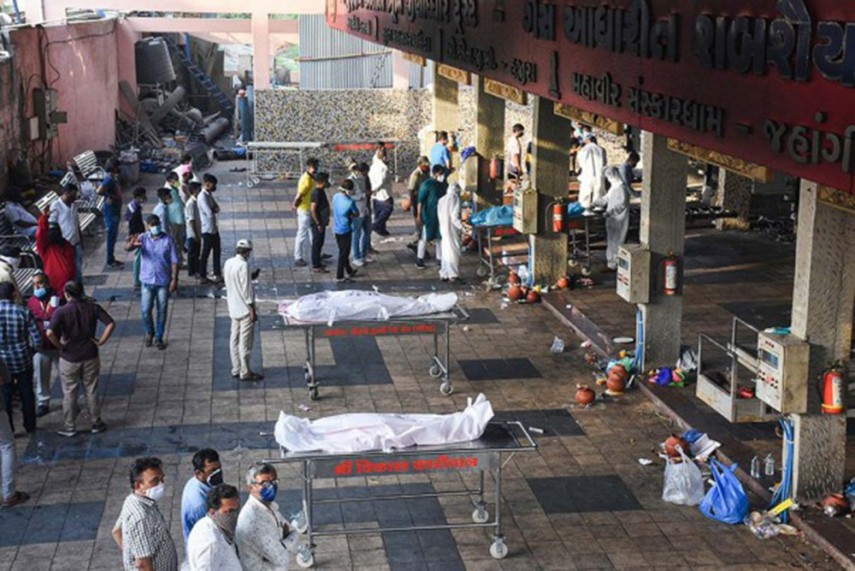 The second day of the Monsoon Session in Parliament left many in the Opposition surprised after the Union Ministry of Health told the Rajya Sabha on Tuesday that no deaths due to oxygen shortage had occurred in the country during the second wave of Covid-19.

Calling it an attempt to mislead the Parliament, Congress slammed Minister of State for Health Bharati Pravin Pawar for providing "false information" regarding the number of oxygen shortage deaths.

Congress leader K C Venugopal said he will move a privilege notice against the minister as she has "misled and misguided" the House.

His remarks come after the government informed Rajya Sabha on Tuesday that no deaths due to lack of oxygen were specifically reported by states and UTs during the second wave.

The government on Tuesday informed Rajya Sabha that no deaths due to lack of oxygen were specifically reported by states and UTs during the second Covid-19 wave. However, there was an unprecedented surge in demand for medical oxygen during the second wave and it peaked at nearly 9000 MT compared to 3095 MT in the first wave following which the Centre had to step in to facilitate equitable distribution among the states, it added.

Responding to a question on whether a large number of COVID-19 patients died on roads and hospitals due to acute shortage of oxygen in the second wave, Minister of State for Health Bharati Praveen Pawar noted that health is a state subject and states and UTs regularly report the number of cases and deaths to the Centre.

Venugopal, on whose question the minister had replied in the House, said everyone has seen how people died due to a shortage of oxygen in several states, including the national capital.

Taking a swipe at the dispensation, Congress leader Rahul Gandhi said there is an “acute shortage of sensitivity and truth” in the government.

"There was not just a shortage of oxygen. There was an acute shortage of sensitivity and truth then, it was there then and is there now too," Gandhi said in a tweet in Hindi.

Referring to an all-party meeting on Covid management called by the Centre where Prime Minister Narendra Modi also spoke, Venugopal said, "I don't know if the PM is also giving this type of answer in his presentation."

Upping the ante against the Centre, Senior Congress leader P Chidambaram said the government has perfected the art of facing every tragedy with “bluff and bluster".

"First, it was no shortage of vaccines. Just yesterday, Dhar district of Madhya Pradesh reported it has run out of vaccines. It is the same story in many vaccination centres," he tweeted.

Congress leader Jaiveer Shergill said by claiming that no one died because of oxygen shortage, the government has "mocked and insulted" the deceased and their families.

"The BJP government's statement that no one died due to shortage of oxygen is even a bigger lie than China did not enter Indian territory,” he told reporters here.

"The BJP's addiction to spreading fake news, peddling propaganda and turning a blind eye to the pain of people has reached dangerous proportions,” he added.

Shergill said the government has also "insulted" the efforts of the judiciary which practically sat every day to do the job of the government to arrange oxygen.

"The BJP is 'Besharam Jhooti Party". By saying that no one died because of shortage of oxygen, the government has mocked and insulted those who died and their families," the Congress leader said.

He said the minister who made the statement should immediately apologise to the nation.