The Parliament is not meant only for the passage of bills, but also for discussion of important public issues, says Congress Leader Gaurav Gogoi 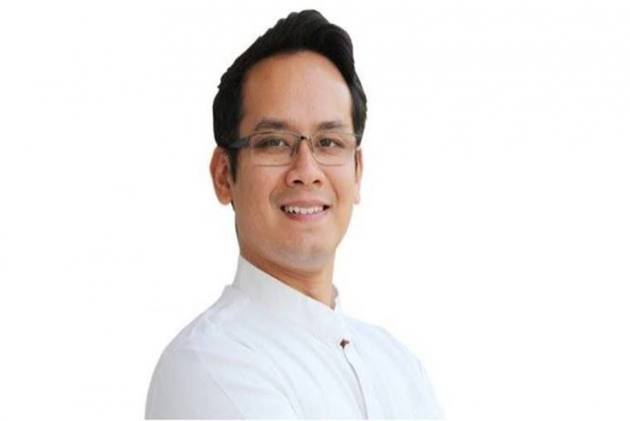 Assam MP and deputy leader of Congress in Lok Sabha Gaurav Gogoi spoke to Outlook on what led to the violent incidents in Parliament, opposition unity, and more.

Q) The government demanded strict action against the Opposition MPs for their unruly behavior in the House.

What happened during the Parliament session is unprecedented. The Parliament is not meant only for the passage of bills, but also for discussion of important public issues. The government managed to pass all its bills, ignoring the demand of 17 major opposition parties to discuss the Pegasus snooping. The government reached out to the opposition parties seeking help on the passage of the OBC Constitutional Amendment Bill and we supported them, hoping against hope that it will reciprocate and accept our demand. Immediately after the passage of the OBC Bill in the Rajya Sabha, the government moved forward with its legislative priorities, ignoring our demand. The government also chose to ignore its supporters like BJD and the YSR Congress, which demanded that the bill should be sent to the select committee. What is the function of Parliament if the government doesn't listen to the opposition and is unwilling to send bills to parliamentary committees? They used muscle power to prevent the opposition parties from voicing their concerns. It’s unfortunate what had happened in the Parliament, but clearly, the BJP has provoked the confrontation with their adamant stand. In a parliamentary democracy, the government must run the Parliament. In the past, the BJP government of the Vajpayee era has done this successfully. But civility is completely missing in the Modi era.

Rules Meant For Immediate Punishment, Not As An Afterthought: Ex-LS Secretary-General

Q) Reports say that the Rajya Sabha chairman is considering action against the MPs for violating rules.…

Opposition Unity has emerged as a key outcome of the government's autocratic stance in Parliament. We will continue our dialogue and consult all opposition parties for any future course of action. We will continue highlighting critical issues including Pegasus.

Q) The government released a video, where the opposition MPs were seen jostling with marshals. MPs were on the table tearing papers.

The government should act transparent and reveal the discussions of the Business Advisory Committee, where they stalled requests of the opposition parties on Pegasus. They should release videos of major parties requesting a discussion on Pegasus after the OBC Bill was passed. You cannot look at the entire Parliament session from the prism of the government. It’s nothing but the tactics of the government.

People see only selected visuals because the media is not allowed inside the Parliament. The Lok Sabha and the Rajya Sabha TV, which is supposed to cover the entire footage, have their cameras trained on the members of the ruling party. Our microphones were switched off and they manipulated the footage to show what the ruling BJP wants the public to see. This is extremely unfortunate because the people of India should see the truth.

Q) The government demanded an apology from the Opposition…

They demanded an apology from the senior leaders like Mr Mallikarjun Kharge and Sharad Pawar, for calling the incidents in Parliament unprecedented. All the leaders of major parties met Mr. Venkaiah Naidu and submitted a memorandum on the same. We apprised him that in a house of elders, where the average age of parliamentarians are between 60-70 years, they brought men in uniform, who are not the usual Marshals seen inside Parliament. The marshals formed a human wall to block, push and shove veteran politicians. Now the government has come out with further allegations, which are completely untrue, shameful, and derogatory. They should meet all the senior opposition leaders and seek an apology.

Q The government blames the Opposition for pandemonium.

Are they saying that Mr. Pawar and Kharge are lying? The government does not want to discuss Pegasus so they are trying to distract the attention of the media and the people. If the government had accepted the joint opposition demand for a discussion on Pegasus in the first week, we would have a normal parliament. We all want parliament to function. The way the Monsoon session being cut short shows the vulnerability of the government in discussing the Pegasus issue. What is the government afraid of? They have 300 plus MPs in Lok Sabha.

Q Lok Sabha functioned only for 21 hours during the session. The government says that the opposition didn’t want to take part in debates.

There was a debate on Covid in the Rajya Sabha. On what basis does the ruling party substantiate such allegations? We had a full-fledged discussion on OBC Bill. That shows we have taken the step forward to ensure that the Parliament runs. What steps have they taken when 17 major opposition parties united on common ground? It does not happen in every session. The opposition unity on the common issue is also an unprecedented move.

Q) Is there a breakdown in communication between government and opposition?

The Parliament is not for the ruling party and they can’t run it on the government’s priority. That is not how Parliaments are run. If they want to run Parliament the way they want, it becomes just an extension of the PMO. We have lost the essence of parliamentary democracy.

Q) The opposition also lost out on the chance to debate important issues like the economy, price rise, among others...

The government acted stubbornly by cutting short the session. It did not want to discuss Pegasus, price rise, drone attacks in Jammu Kashmir, and intrusion of the Chinese army on Indian Territory. This shows that the government is so authoritarian that instead of having a public discussion, they used marshals, diverted the cameras, switched off the microphones, prevent media from recording, and used friendly TV channels to further blame the opposition. These are all signs of an autocratic government.