Govt Should Enact Law For Construction Of Ram Temple In Ayodhya: VHP

The VHP international chief also alleged that the Congress's "vote-bank politics" was responsible for creating hassles in the construction of the Ram temple. 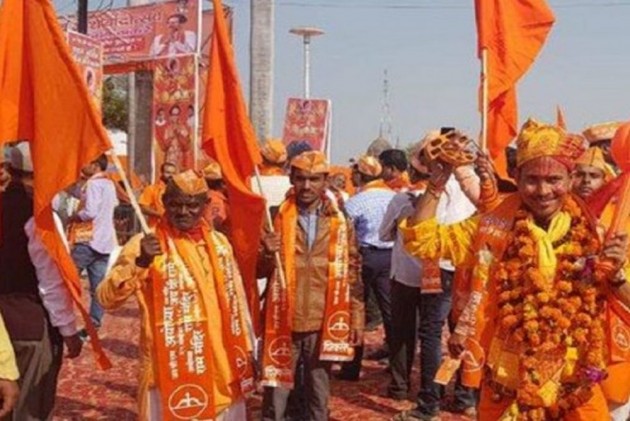 The Vishwa Hindu Parishad (VHP) on Sunday reiterated that the Centre should enact a law for the construction of a Ram temple in Ayodhya, claiming that matters of faith did not come under the purview of courts.

VHP international president Vishnu Sadashiv Kokje also said a solution to the Ayodhya dispute through court procedures was not in sight at the moment, given the prevailing scenario.

"Matters related to religious faith do not come under the jurisdiction of courts which are run by laws. That is why we want that the central government should get a law enacted for the construction of a grand Ram temple soon," Kokje said.

"We have a hunch that in the coming days, the Ayodhya dispute will linger on in the Supreme Court as in the past," Kokje, a former judge of the high courts of Madhya Pradesh and Rajasthan, added.

"No court can decide whether Lord Ram was born in Ayodhya or not. That is why, from the beginning, we have been demanding a law to construct the Ram temple, otherwise the issue will linger on till eternity," he said.

Kokje added that the VHP would hold talks with spiritual leaders to chalk out a strategy on the Ram temple issue at the "Dharam Sansad" to be held at the Prayagraj Kumbh between January 31 and February 1.

The VHP international chief also alleged that the Congress's "vote-bank politics" was responsible for creating hassles in the construction of the Ram temple.