Reacting to the Centre's decision, Delhi Chief Minister Arvind Kejriwal said the road map for it was based on a proposal sent by the Delhi government, adding the central government should start the process immediately. 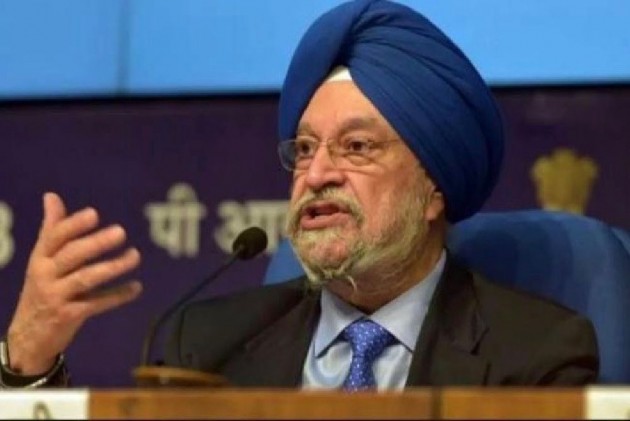 The central government on Wednesday, in a major decision, said that at least 40 lakh people living in unauthorised colonies in the national capital will be given ownership rights.

"Ownership rights will be conferred to people who are living there, whether they are on private or government land," said Union Minister Hardeep Puri.

He said these people can take loans to construct homes in the colonies now.

The government termed the step as "far-sighted, progressive, revolutionary step" for Delhi.

The proposal is based on the recommendations of a committee, he said.

The move comes ahead of the Assembly polls in the national capital, scheduled for early next year.

The decision "is applicable to 1,797 identified unauthorised colonies" spread over 175 square km inhabited by people from lower-income groups, he said.

It does not apply to 69 affluent colonies identified by the Delhi Development Authority (DDA) including Sainik Farms, Mahendru Enclave and Anantram Dairy, Puri added.

In July, the Delhi government proposed a set of parameters to regularise the 1,797 colonies, which include charging one per cent cost of circle rate of land for up to 200 square metre plot from occupants besides a nominal penalty.

Reacting to the Centre's decision, Delhi Chief Minister Arvind Kejriwal said the road map for it was based on a proposal sent by the Delhi government, adding the central government should start the process immediately.

Addressing the media, Kejriwal said the Centre has taken an important decision on the long-pending demand of Delhi'ites.

The AAP dispensation will immediately start the process of registry of houses in these colonies by holding camps.

Asked about Union minister Puri accusing the AAP dispensation of delaying in fixing boundaries of unauthorised colonies, Kejriwal took a dig at the Centre, saying it takes credit for all things and all the wrong are done by the Delhi government.

He said that on November 12, 2015, his government had sent a proposal to regularise unauthorised colonies and since then, it had been pending with the central government.

The Delhi Development Authority will conduct mapping of these colonies as per the Cabinet's decision, Kejriwal said, expressing apprehension that it would delay the process.

"In our suggestion sent in July, we had said that mapping should be conducted by GSDL (Geospatial Delhi Limited) to speed up the process, but the DDA will do this work, resulting in delay in registry of houses in unauthorised colonies," he said.

It was a long struggle of the Aam Aadmi Party and the people of Delhi for the regularisation of unauthorised colonies, he said.