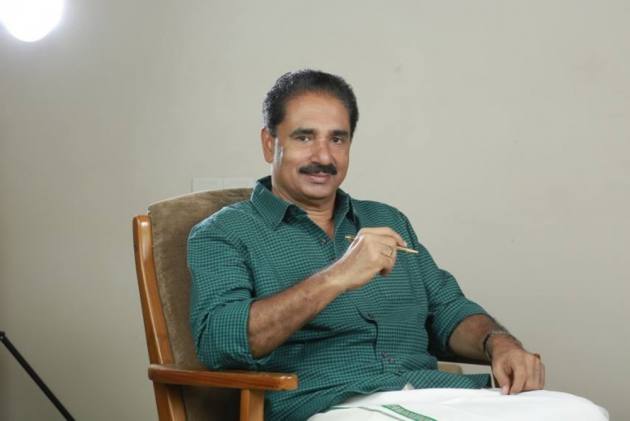 By pushing important Bills without discussion, the government is insulting Parliamentary Democracy, says Revolutionary Socialist Party (RSP) MP NK Premachandran who wrote a letter to Lok Sabha Speaker Om Birla, urging him to protect the rights of the House. In an interview with Outlook, Premachandran said that the passing of important Bills such as ‘Denationalization of General Insurance Sector, Tribunal Reforms Bill, Essential Defence Service Bill, amidst pandemonium violates rules, conventions, and precedents.

Q) In the letter, you urged the Speaker to protect the rights of the House saying that the legislative process has become a futile exercise. Why do you think so?

So far, nine important Bills have been passed without discussion when the House was not in order. One of them was the passage of the General Insurance Business (Nationalisation) Amendment Bill 2021, which was of utmost importance. The implications are severe as it seeks denationalization of four major state-owned general insurance corporations. The government amended the 1972 act, which was seen as revolutionary legislation in which hundreds of insurance companies were nationalized into four corporations. According to the 1972 Act, the government will hold not less than 51 percent of the equity capital in a specified insurer. Now with this amendment, the BJP government is selling government stakes to private companies.

Q) The Finance Minister says that the Bill will ensure insurance penetration and accelerate the growth of the economy.

This is a sell-out of the national assets. Without any discussion, the original Act of 1972 was amended in two minutes. The parent Act says that 51 percent of shares of the companies will be with the central government. Through the new Bill, the government has cut its stake and control in the state-run insurance companies. Indirectly, they are selling out the assets of the state-run insurance companies to private players.

Q) The government puts the onus on the Opposition parties saying that it has been disrupting the proceedings since the monsoon session began...

Even if we had participated in discussions, the Bills would have been passed. I agree that we could have highlighted the implications of these Bills before the public.

The BJP government doesn’t pay heed to the Opposition. During the 2G spectrum scam or Bofors scandal, the earlier governments did not take such an adamant stand when Parliament proceedings were disrupted by the Opposition. They had passed some urgent bills. But the BJP government is passing at least two important Bills daily, which requires serious deliberations in the House.

Q) You also said that the members were denied the right to move amendments due to paucity of time, which violates the Rules and Procedures of the House…

This was about the Tribunal Reforms Bill 2021, which was listed for Introduction on 2nd August 2021 and the Bill was uploaded to the website after the introduction of the Bill. It is surprising to note that the said Bill is listed for consideration and passing on 3rd August 2021.

Another bill, which was passed in haste, was the Essential Defense Service Bill to stop the staff of the government-owned Ordnance factories from going on strike. 41 Ordnance factories employ more than 70,000 people. The government wants to privatize the 41 factories. All these factories will be converted into boards or five or six companies. Subsequently, they will be privatized. This Bill was also passed within two minutes. We are not allowed to speak.

We have the right to move amendments, but we are not cooperating with the proceedings of the house. The rules and precedents say that business cannot be transacted when the House is not in order. They can transact business by suspending all of us from the house to make the house in order. That’s the correct procedure.

Q) The PM said that the Opposition is insulting the Parliament by not allowing it to function...

That is the strategy of the ruling party. The PM blamed the Opposition for the stalemate. Whenever there is a deadlock in the House, the convention is that either the Parliamentary Affairs minister or a senior cabinet minister, or even the PM may convene an all-party meeting to resolve it.

The government didn’t make any effort to reach out as they claim. Let the government come to the table and tell us its intention. If there’s discussion, more opinions and some consensus can also be reached.

Q) The Government says that Pegasus is a non-issue

We want to discuss the issue of price rise, Covid-19, farm law, and Pegasus too. The government is not willing to discuss Pegasus. It’s an issue involving national security, privacy, civil liberties, and human rights. Let the government make it clear whether they used the service of the Israeli company or not. If the government is saying that interception is legal, let them admit that they have intercepted the phones of cabinet ministers, judges, and others for the sake of the nation.

Q) You were one of the participants in the breakfast meeting hosted by Congress leader Rahul Gandhi for Opposition leaders. You call it a curtain-raiser to 2024. Will the unity last?

It's a very good beginning and all the parties except AAP and BSP have attended the meeting. All the parties are unanimous on Pegasus. The snooping scandal is about the survival of our democracy. How will we function if we are under surveillance?