Union Minister Hardeep Singh Puri on Friday stated that the endeavors from the government's side are underway to get to the bottom of the Ludhiana district court blast, which killed two people and injured six on Wednesday. 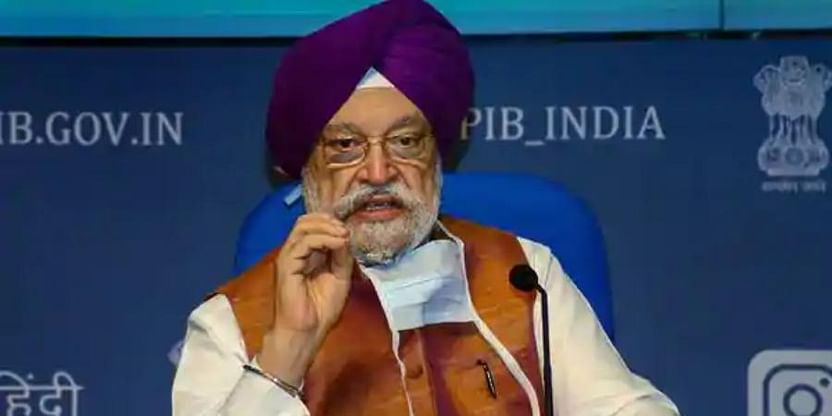 Exuding confidence on the government, Union Minister Hardeep Singh Puri said on Friday that the Central government will not allow the situation in Punjab to be destabilised by forces operating either inside or outside India.

He also mentioned that steps are underway to get to the bottom of the Ludhiana district court blast, which killed two people and injured six.

Puri, who is also a BJP co-in-charge of the upcoming Punjab assembly polls, said a lot of activities have happened in the state which point to some "sinister force" at work and the objective seems to be to somehow create confusion and chaos.

Noting that Union minister Kiren Rijiju visited Ludhiana and Home Minister Amit Shah held a meeting here on the situation in Punjab, Puri told a press conference,"you will get the facts very soon. I will not jump to conclusions... We will get to the bottom of this and all such acts."

To a question about the Allahabad High Court's remarks urging Prime Minister Narendra Modi and the Election Commission to ban political meetings and defer the Uttar Pradesh assembly polls in view of the rising threat of COVID-19 in view of Omicron outbreak, Puri and BJP spokesperson Sudhanshu Trivedi said the poll watchdog is the constitutional body to take a decision on such issues.

Asked about controversial speeches made at a Dharma Sansad in Haridwar targeting Muslims, Trivedi said such questions should be directed to people behind the event and that his party believes in taking everyone along.

At the press conference, both BJP leaders hit out at the Opposition for disrupting Parliament's Winter session, especially in Rajya Sabha.

Trivedi said the Opposition's refusal to apologise for the "rude" conduct of its members, who were suspended, is not only condemnable but also shows its "obstinacy and shamelessness".

The BJP is the largest political party that may have the biggest responsibility to run Parliament but no party can say it has no responsibility, he said amid claims by some opposition parties, including the Congress, that the duty lays entirely with the government.

Countering the opposition's criticism that the government got several bills passed in both the Houses of Parliament in the din and without any discussion, he noted many proposed legislations, including Union Budget, were passed during the Congress-led UPA government in a matter of minutes.

In a jibe at the Congress, Trivedi said the party once used to claim that only it knows how to run the government but now it is incapable of either running a government or being a responsible opposition.

Puri said the BJP wanted to discuss a number of issues, including price rise, but the opposition's disruption in Parliament denied a debate.