Tikait also stressed that it is the government that will have to come forward with a proposal to resume talks over the bills with the protesting farmers. 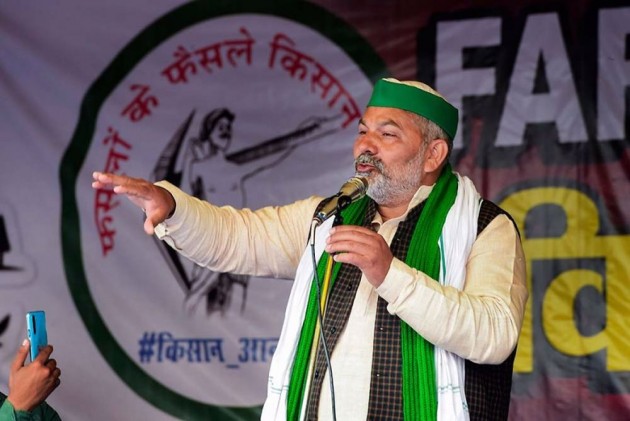 Bharatiya Kisan Union (BKU) leader Rakesh Tikait has claimed  that the central government's "silence" for the past few days indicates that it is planning some steps against the farmers' protests over three the farm bills.

Tikait also stressed that it is the government that will have to come forward with a proposal to resume talks over the bills with the protesting farmers.

Before leaving for Uttarakhand’s Udham Singh Nagar on Sunday night, the BKU leader talked to reporters in Bijnor’s Afzalgarh where he said, "The government’s silence for the past 15-20 days is indicating that something is going to happen. The government is planning some steps against the agitation."

However, Tikait said farmers will not step back till a solution is found

"The farmer is also ready. He will look after his crop as well as the agitation. Let the government hold talks when it has the time," he said.

Tikait also said farmers’ "mahapanchayats" will be held at several places in the country till March 24.

When asked about the violence during a tractor parade on the Republic Day in New Delhi, he alleged that the government created the trouble.

On the issue of farmers destroying their standing crop at different places, Tikait said the BKU has told farmers that the time for such action has not come yet.

"But why is the government not appealing to farmers not to take such a step," he asked.

Tikait said farmers will intensify their agitation if the wheat crop is not sold on the minimum support price (MSP) in Uttar Pradesh and they will hold dharnas outside district headquarters across the state.
(With inputs from PTI)