The Congress chief extended her party's solidarity to the students and demanded a judicial probe into the January 5 incident. 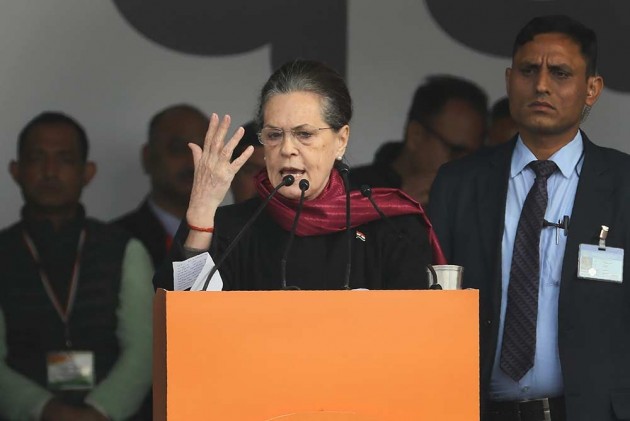 Congress President Sonia Gandhi on Monday condemned the violent attack by unidentified persons on JNU students and teachers, saying it was a "grim reminder" of the extent the government would go to suppress dissent.

"Horrifying violence was unleashed on India's young by goons with active abetment of ruling Modi government," Gandhi said in a statement.

"Sunday's 'bone-chilling' attack on students, teachers is a grim reminder of extent Govt will go to stifle the voice of dissent," she said.

The Congress chief extended her party's solidarity to the students saying, "The voice of India's youth, students is being muzzled every day."

Gandhi also demanded a judicial probe into the incident.

Violence broke out in JNU on Sunday night as masked men armed with sticks and rods attacked students and teachers and damaged property on the campus, prompting the administration to call in police which conducted a flag march.

At least 28 people, including JNU Students' Union (JNUSU) president Aishe Ghosh, were injured as chaos prevailed on the campus for nearly two hours.

Eyewitnesses alleged that the attackers entered the premises when a meeting was being held by JNU Teachers' Association over the issue of violence on the campus, and assaulted students and professors. They also barged into three hostels.

Video footage aired by some TV channels showed a group of men, who were brandishing hockey sticks and rods, moving around a building.

The Left-controlled JNUSU and the RSS-backed Akhil Bharatiya Vidyarthi Parishad (ABVP) blamed each other for the incident.