The five-six men, wearing saffron T-shirts and kurta, started the sloganeering when the train was about to halt at the metro station, according to a PTI reporter who was at the spot. 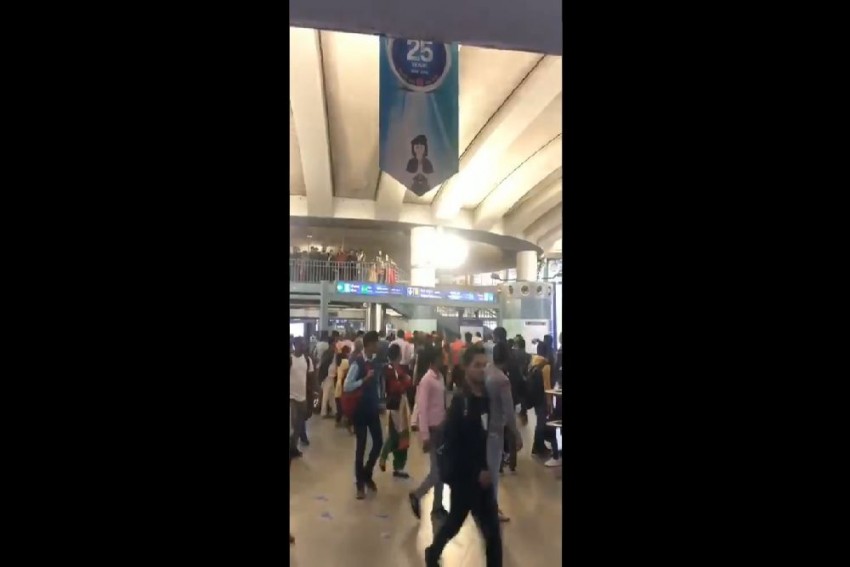 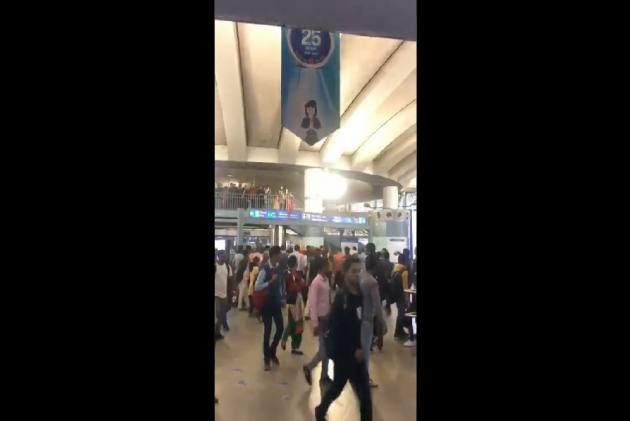 Pro-Citizenship Amendment Act (CAA) sloganeering and incendiary chants of "shoot the traitors" were made inside a train on Delhi Metro's Blue Line and also at the Rajiv Chowk metro station here on Saturday by a group of young men.

The five-six men, wearing saffron T-shirts and kurta, started the sloganeering when the train was about to halt at the metro station, according to a PTI reporter who was at the spot.

After deboarding the train, they continued chanting pro-CAA and provocative slogans like "shoot the traitors" and one more literally meaning that the "youth of the country is out to support and defend CAA".

While some commuters joined the CAA supporters in their sloganeering, others were quick to get their cameras out to make videos. Many at the station were seemingly taken aback by the spontaneity and the unusual choice of the venue.

The Central Industrial Security Force (CISF) personnel, responsible for the security of the Delhi Metro, intercepted the protesters and handed them over to the Delhi Police.

"On February 29, at about 10:25 hours, six youths were seen shouting slogans at Rajiv Chowk metro station, Delhi. They were immediately intercepted by CISF personnel & thereafter handed over to Delhi Metro Rail Police officials for further action. Metro Rail operation remained," the CISF said in a statement.

DCP (Metro) Vikram Porwal said, "We have detained six men and they are being questioned".

A video of the sloganeering has gone viral on social media.

Anuj Dayal, Executive Director, Corporate Communications of DMRC, said, "In reference to a video clip going viral on social media, showing sloganeering by some passengers at Rajiv Chowk Metro station, it is to state that this incident happened today morning at the station and DMRC/CISF staff immediately handed them over to the Delhi Metro Rail Police for further necessary action."

Under Delhi Metro (Operation and Maintenance) Act 2002, any kind of demonstration or nuisance is prohibited in Delhi metro premises. Any passenger indulging in such act is liable to be removed from the Metro premises, according to the Act.

Incidentally, there was a "peace march" organised at the Jantar Mantar against "jihadi terrorism" in northeast Delhi, which was also attended by BJP leader Kapil Mishra who had allegedly made provocative statements on Sunday before the riots broke out in the national capital this week.