The guidelines of the Indian Roads Congress (IRC) were not followed during the structural audit of the foot overbridge linking the Chhatrapati Shivaji Terminus railway station, which collapsed in March and claimed seven lives 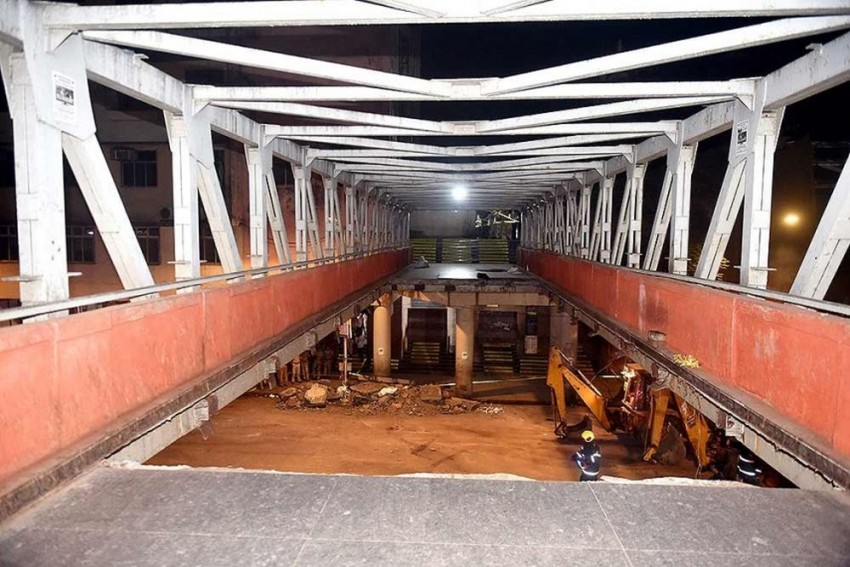 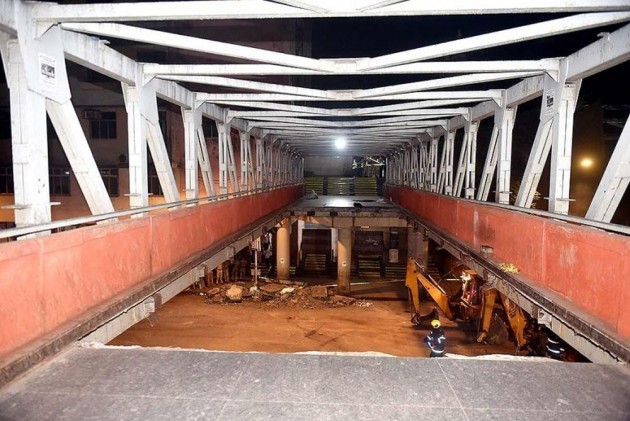 The guidelines of the Indian Roads Congress (IRC) were not followed during the structural audit of the foot over bridge linking the Chhatrapati Shivaji Terminus railway station, which collapsed in March and claimed seven lives, a charge sheet filed by the police on Thursday said.

The charge sheet was filed in the Esplanade court here against accused Neeraj Kumar Desai, whose firm had conducted the structural audit of the foot over bridge (FoB).

The 709-page charge sheet, which contains the statements of 85 witnesses, said Desai's firm had mentioned in its audit report that the FoB was in a "good condition".

Several guidelines of the Indian Roads Congress (IRC) pertaining to the structure of bridges were not followed during the audit. The base of the bridge was not audited, the charge sheet said.

The IRC is the apex body of highway engineers in the country.

Among others, the investigators recorded the statements of Geo Dynamics, which conducted the non-destructive test (NDT), and two eye-witnesses.

The investigation revealed that the NDT test was conducted at 16 spots, but not in the portion which collapsed, the charge sheet said.

Police said they have sent the cement slab and other construction material of the bridge for forensic test and its report is awaited.

Desai, who is currently in judicial custody, was booked for offence committed under section 304 (2) (culpable homicide not amounting to murder), 337 (endangering life or personal safety of others) and 338 (causing grievous hurt), the charge sheet said.

The bridge linking the bustling CSMT train station collapsed on March 14, which killed seven people and injured 30 others.

Besides Desai, police have arrested two Brihanmumbai Municipal Corporation (BMC) officials and a retired civic engineer in connection with the incident.

While Anil Patil (executive engineer), S F Kakulte (assistant engineer) were arrested a week after the incident, Shitalaprasad Kori, who was chief engineer (bridges) of the civic body when the incident happened, was arrested two days ago.

Ready To Return If SC Assures Will Not Be Arrested: Zakir Naik