PM Modi and Trump are scheduled to address "Namaste Trump" event at the newly-built cricket stadium in Motera area in the city on February 24, which is likely to be attended by more than 1.10 lakh people. 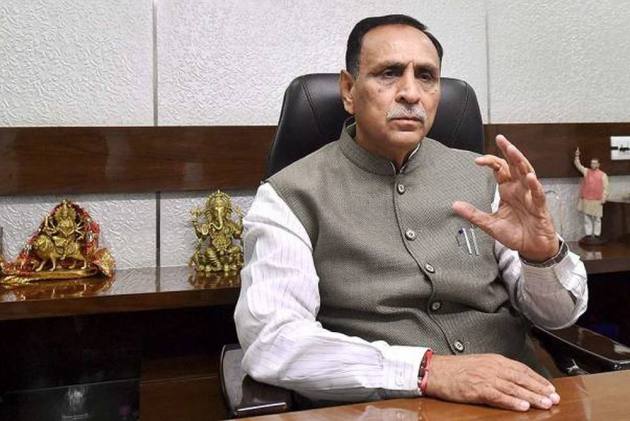 Ahead of US President's scheduled visit to Ahmedabad, Gujarat Chief Minister Vijay Rupani has posted a video saying the "world's oldest democracy would meet the world's largest democracy on February 24" when Donald Trump would address a large gathering at a cricket stadium here along with Prime Minister Narendra Modi.

The video, prepared by the state government with a Gujarati voice-over, has been shared by the CM on his tweeter account.

PM Modi and Trump are scheduled to address "Namaste Trump" event, on the lines of 'Howdy Modi' event, at the newly-built cricket stadium in Motera area in the city on February 24, which is likely to be attended by more than 1.10 lakh people.

The video also flashes images of PM Modi and Trump at the "Howdy, Modi" event which was held in Houston in the US last year.

"Donald Trump is the first American president coming to Ahmedabad and our PM Narendra Modi will be accompanying him on February 24. Strong leadership, strong democracy. 'Namaste Trump'," the voice over says.

As per the schedule, Modi and the US president will take part in a 22-km roadshow from the Ahmedabad airport to the cricket stadium. They will visit Mahatma Gandhi's Sabarmati Ashram on the way to the stadium.

Trump, whose two-day visit of India begins on February 24, would be accompanied by his wife Melania Trump.