The Gujarat High Court said the interim order has been passed to protect people from unnecessary harassment. 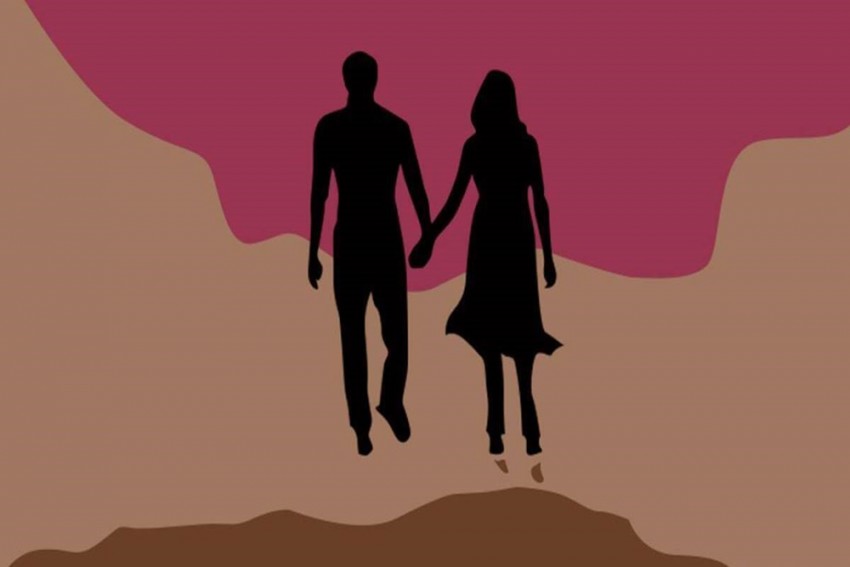 The Gujarat High Court on Thursday stayed the operation of certain sections of the ‘anti-love jihad’ law, in a setback to the state government.

The Gujarat Freedom of Religion (Amendment) Act, 2021, which penalises forcible or fraudulent religious conversion through marriage, was notified by the state government on June 15.

Similar laws have also been enacted by BJP governments in Madhya Pradesh and Uttar Pradesh.

Last month, the Gujarat chapter of the Jamiat Ulema-e-Hind filed a petition, claiming that some of the amended sections of the state's new law were unconstitutional.

On Thursday, Chief Justice Nath said, "We are of the opinion that pending further hearing, rigors of section 3,4, 4a to 4c, 5, 6, and 6a shall not operate merely because the marriage is solemnised by a person of one religion with another religion without force, allurement or fraudulent means and such marriages cannot be termed as marriage for the purpose of unlawful conversion."

"This interim order is to protect the parties which solemnised interfaith marriages from unnecessary harassment," he said.

The stay on these sections effectively means that an FIR under this law cannot be lodged merely on the basis of his or her interfaith marriage.

When state Advocate General Kamal Trivedi sought a clarification, saying what if a marriage results in forceful conversion, Chief Justice Nath said, "There has to be a basic element of force or allurement or fraud. Without that you will not (proceed), that's all we have said in the order."

Section 3 of the state's new law defines what is "forcible conversion".

It says "no person shall convert or attempt to convert any person from one religion to another by use of force, or by allurement or by any fraudulent means or by marriage or by getting a person married or by aiding a person to get married, nor shall any person abet such conversion".

As per Section 4, people found guilty of violating the provisions of Section 3 will face up to three years of imprisonment and a fine of Rs 50,000. If the victim is a minor, a woman or from SC or ST community, then the jail term will be four years with a fine of Rs one lakh.

Section 4A specifically deals with "marriage by unlawful conversion" part of Section 3. It says "conversion by marriage or by getting a person married or by aiding a person to get married is concerned, shall be punished with imprisonment not less than three years, but may extend up to five years along with a fine of Rs 2 lakh".

As per Section 4B, any marriage which was done for the purpose of unlawful conversion "shall be declared void by family court".

Under Section 4C, institutions or organisations will be tried under this law if they are found involved in unlawful conversions, as defined under Section 3 of the law.

Section 5 of the law mandates that religious priests must take prior permission from the district magistrate for converting any person from one religion to another. Moreover, the one who got converted also needs to "send an intimation" to the DM in a prescribed form.

As per Section 6, prior sanction of the DM or a sub-divisional magistrate is necessary to start prosecution against the accused. However, as per Section 6A, the burden of proof is on the accused "who has caused the conversion".

While the state BJP government has so far not made any public statement on the high court's order, legal experts and social activists welcomed the interim stay saying the "entire law is against the spirit of the Constitution" and liberty of citizens to choose their religion.

"In my opinion, the high court should have taken up this issue suo motu (on its own) immediately after the original law was enacted in 2003. Not just the new sections, this entire Act is against the spirit of the Constitution and liberty of citizens to choose their religion. Law cannot decide which religion people should follow. I welcome today's verdict," the lawyer said.

"Once a man and a woman attain adulthood, they are free to make decisions regarding their marriage or religion they want to follow. Government cannot have any role in it. Inter-caste or interfaith marriages are actually necessary to eliminate casteism from the society and create harmony among communities," he said.

"I believe the high court should scrap the entire law," said Desai, who is associated with the NGO Act Now for Harmony and Democracy (ANHAD), formed in the aftermath of the 2002 Gujarat riots.

The BJP government had passed the Gujarat Freedom of Religion (Amendment) Bill in the Assembly during the budget session earlier this year, and Governor Acharya Devvrat gave his assent to it on May 22.

The Gujarat chapter of the Jamiat Ulema-e-Hind filed a petition against the law last month.

During a previous hearing, the petitioner's lawyer, Mihir Joshi, claimed the amended law had vague terms which were against the basic principles of marriage and right to propagate, profess and practice religion, as enshrined in Article 25 of the Constitution.

Since the law says no person shall be converted by use of force, allurement, fraudulent means and by marriage, Joshi had contended that it becomes an offence if two persons of different faiths get married as per the new law.

In his response, Advocate General Trivedi, on behalf of Gujarat government, told the bench on August 17 that people should not have any fear about the law.

"Why this fear? So long as genuine conversion is there, people need not worry. (Inter-faith) marriage per se is not prohibited in this law. It only prohibits forcible conversion by marriage. The law says no person shall be converted by use of force, allurement, fraudulent means or by marriage for the purpose of conversion" Trivedi told the court two days back.

He had also said no FIR was lodged merely on the ground of interfaith marriage under this law, as it does not prohibit such marriages per se.

"This is not the usual IPC section. The law mandates that the case must be investigated by a Deputy SP rank officer, not any constable or PSI. Further, prosecution will not start without the sanction of the District Magistrate or the Sub Divisional Magistrate. These are the safety valves given the law" Trivedi had argued.

He had also said the focus of the law was unlawful conversion and not marriages, as stated by the petitioner.

Trivedi had also informed the court that only three complaints were registered across the state under this law so far.