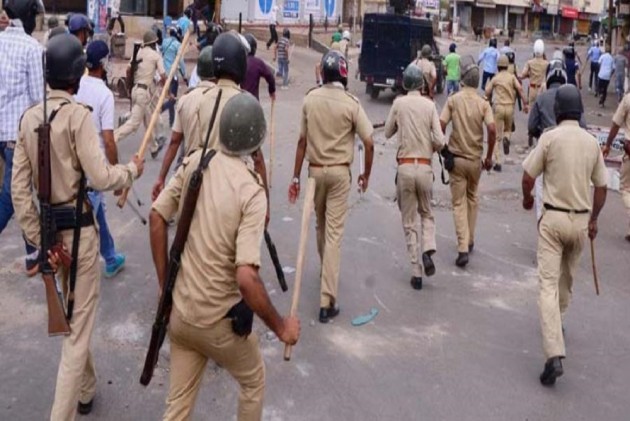 A rally for fund collection for the construction of Ram temple in Ayodhya turned violent when members of two communities clashed in Gujarat's Kutch district leaving three injured, police said on Monday.

The incident took place on Sunday evening, when two groups started pelting stones at each other during a procession for collection of funds for the Uttar Pradesh temple, an official from Gandhidham (B-Division) police station said.

The police also found the body of a man about 200 metres from the clash site in Kidana village after the incident, and are trying to ascertain if he was killed as part of that violence, Kutch (East) superintendent of police Mayur Patil said.

Two groups clashed and started throwing stones at each other in the village on Sunday evening when a procession was being taken out for the collection of funds for the construction of the Ram temple at Ayodhya in Uttar Pradesh,

Some vehicles were also set afire by rioters, he said.

The police lobbed teargas shells to bring the situation under control, he said.

Three persons were injured in the incident and were admitted in a hospital, the official said.

A man was killed with sharp weapons after a group attacked an autorickshaw on the village outskirts, and the police are trying to ascertain if he was killed as part of the clash, Superintendent of Police Mayur Patil said.

"We have lodged a case of murder after the man was killed by some unidentified persons on the village outskirts, some 200 metres away from the place where the clash broke out. We are trying to find out who killed him and why," Patil said.

The victim, hailing from Jharkhand, was returning from work in an auto-rickshaw when a group of unidentified persons carrying lathis (wooden sticks) attacked the vehicle, he said.

"While other passengers managed to escape, the victim died of knife injuries. How he received the injuries is yet to be ascertained," the SP said.

Two of the FIRs were lodged by the two sides that clashed with each other, and one was related to the murder, another official said.

Police have rounded up some people in connection with the incident, he said.