At least 14 persons have been pulled out of debris, rescue operation on: Officials 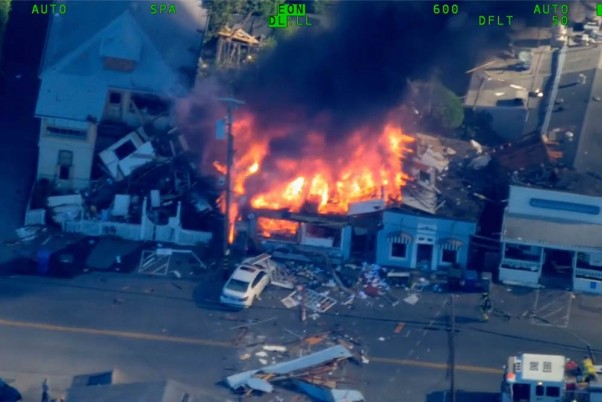 Prime Minister Narendra Modi on Wednesday condoled the loss of lives due to a fire in a godown in Ahmedabad and said authorities are providing all possible assistance to those affected.

Six people were killed and eight others injured on Wednesday when a portion of a godown of chemicals on Pirana-Piplaj Road collapsed after a powerful explosion ripped through it, officials said.

"Anguished by the loss of lives due to a fire in a godown in Ahmedabad. Condolences to the bereaved families," Prime Minister Modi tweeted.

"Prayers with the injured. Authorities are providing all possible assistance to the affected," he said.

At least 14 people have been pulled out of the debris so far and the rescue operation is going on, a senior fire official said, adding that the building housing the godown was located on Pirana-Piplaj Road, an industrial area.

An official had earlier said the explosion was triggered by a fire.

"Fire personnel rushed to the spot upon learning about the explosion and pulled out 14 persons from the rubble till now. All were shifted to LG Hospital in '108' ambulances," said chief fire officer MF Dastur.

He said machinery has been used to break concrete slabs to extricate the trapped people.

Meanwhile, the government hospital said six of the 14 people have been either declared "brought dead" or they have died shortly after admission.

"The remaining eight injured persons are undergoing treatment," it said in a statement.

A fire control room official said at least 26 rescue and fire-fighting vehicles were sent to the spot after a fire-explosion call was received around 11am.

"The chemical godown building caved in following an explosion. Rescue operation is still under way. We have initiated an inquiry into this incident," said deputy commissioner of police Ashok Munia.

Meanwhile, labourers working in adjacent buildings told reporters that the explosion was so powerful that it destroyed the walls of the godown, leading to collapse of the roof on people working inside.