The major announcement comes amid a poll rally in Vadodara ahead of the municipal corporation elections. 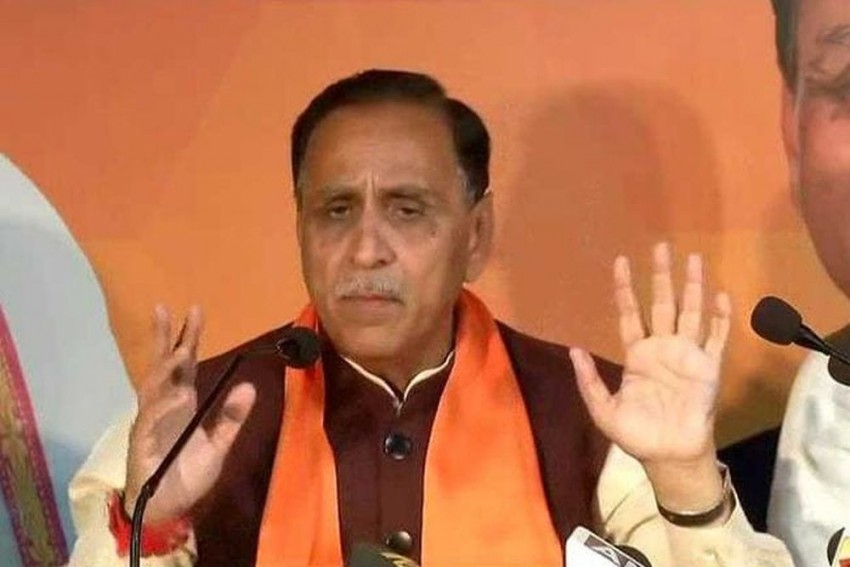 "We are going to bring a law against love jihad in the Assembly," Gujarat Chief Minister Vijay Rupani announced on Sunday. He said, his government will soon bring a strict law against 'love jihad' in the state to stop conversion through marriage or other fraudulent ways.

The major announcement comes amid a poll rally in Vadodara ahead of the municipal corporation elections.

In the recent past, Uttar Pradesh and Madhya Pradesh, both ruled by the BJP, have brought religious freedom laws to stop conversion through marriage or by any other fraudulent means.

Rupani said his government has also framed strict laws against 'gunda' (anti-social) elements and land grabbers with provisions of up to 10 and 14 years of imprisonment to protect the interests of the common man.

"In the past Assembly sessions, our government had come up with stringent laws. We have made an Act against gundas. To ensure that such elements do not cause trouble to the common man and get strict punishment of 10 years, we brought the Act.

"We also came up with the Land Grabbing (Prohibition) Act so that people do not enter others' land and take over others' property using bogus documents. We brought this law with a provision of 14 years of punishment," he said.

The chief minister added that the BJP government at the Centre has fulfilled the promises made to the people regarding construction of Ram temple, scrapping of Article 370, and took revenge for Pulwama by launching an air strike.

According to Rupani, Gujarat will witness a "golden age of development" when the BJP rules "from panchayat to the Parliament".

"This is the golden time for Gujarat because the Modi government at the Centre gives us whatever we ask for. The previous Congress-led Union government did not allow us to open the gates of the Narmada dam. But Modi gave permission within 17 days, which opened up the gates of development," he said.

"The BJP government in Delhi, Gujarat, in the cities and villages...when the BJP rules from panchayat to Parliament, then there will be a golden age for the development of the state," he said.

He also promised metro trains in Vadodara and other cities of the state.

The state government will work towards addressing the issue of recurring floods in Vishwamitri river that affects Vadodara city, he said.

"We are going ahead with the mantra of development. Roads, gutter lines, streetlights are our responsibility. But to make cities modern, we are constructing overbridges. The biggest overbridge in the state is being constructed in Vadodara at a cost of Rs 250 crore," he said.

Elections to six municipal corporations in Gujarat are scheduled on February 21.