The transfer of constable Sunita Yadav has triggered a massive controversy, with many on social media saying that the Gujarat Police has buckled under political pressure. 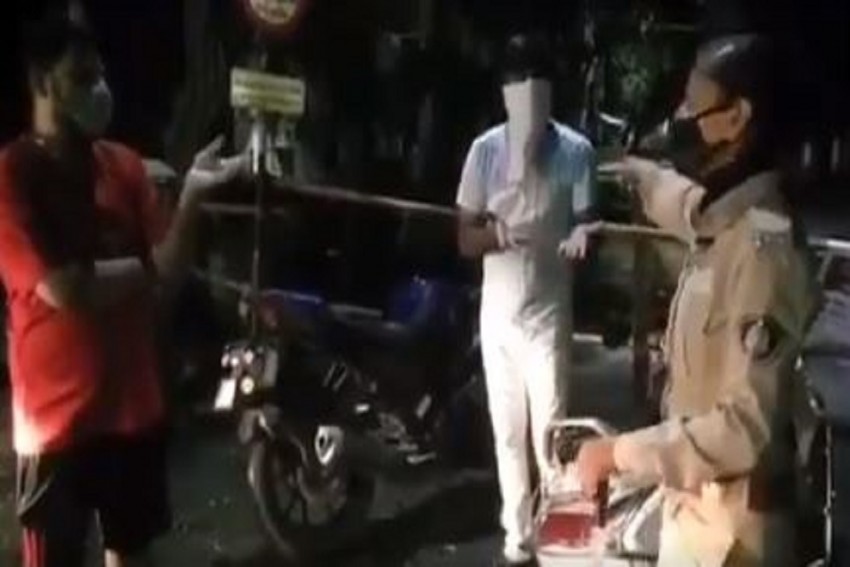 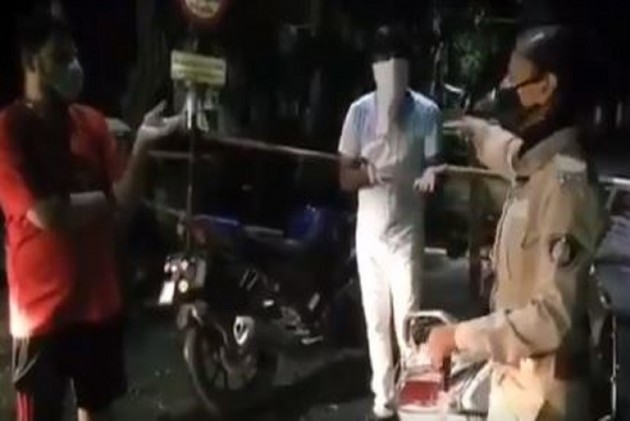 A woman constable in Gujarat, who had stopped an MLA's son and his two friends for violating the night curfew on Wednesday last week, has been transferred.

Constable Sunita Yadav stopped Prakash Kanani,  son Minister of State for Health Kumar Kanani, and his friends in Surat. The trio were driving on Wednesday during curfew hours, imposed in view of the Coronavirus pandemic. The video of Yadav having a heated argument with the trio surfaced on social media.

The transfer of constable Yadav has triggered a massive controversy, with many on social media saying that the police have buckled under political pressure. Following the transfer of the constable and the subsequent controversy, a probe has been ordered into the incident.

Meanwhile, the trio were arrested a day after the video of the incident surfaced on social media.

#Gujarat. This video has gone viral showing heated arguments between a woman constable Sunita Yadav & son of BJP minister of state for health in Surat over breaking of night curfew rules. Yadav has resigned today apparantly in frustration as her seniors did nothing @DeccanHerald pic.twitter.com/jrieEPgmOm

They were later released on bail, he added.

Surat Commissioner of Police R B Brahmbhatt on Saturday ordered an inquiry into the incident, after the constable alleged that she was threatened by some men when she stopped them during the night curfew.

Yadav stopped Prakash Kanani's friends around 10.30 pm on Wednesday during night curfew for allegedly violating the lockdown orders in force to contain the spread of coronavirus.

The friends then called Prakash Kanani, who arrived in his father's car and allegedly picked up an argument with Yadav, the audio clips of which went viral on Saturday.

In the audio clips, the men are heard telling the constable that they had the power to "make you stand at the same place for 365 days".

The constable shouts back that she is not their slave or a servant of their fathers that they can make her stand there for 365 days.