Gunshots Fired Outside Delhi's Jamia, 3rd Such Incident In 4 Days

A senior police official said a case of attempt to murder under relevant sections of the IPC and the Arms Act was registered in connection with the incident and an investigation is underway. 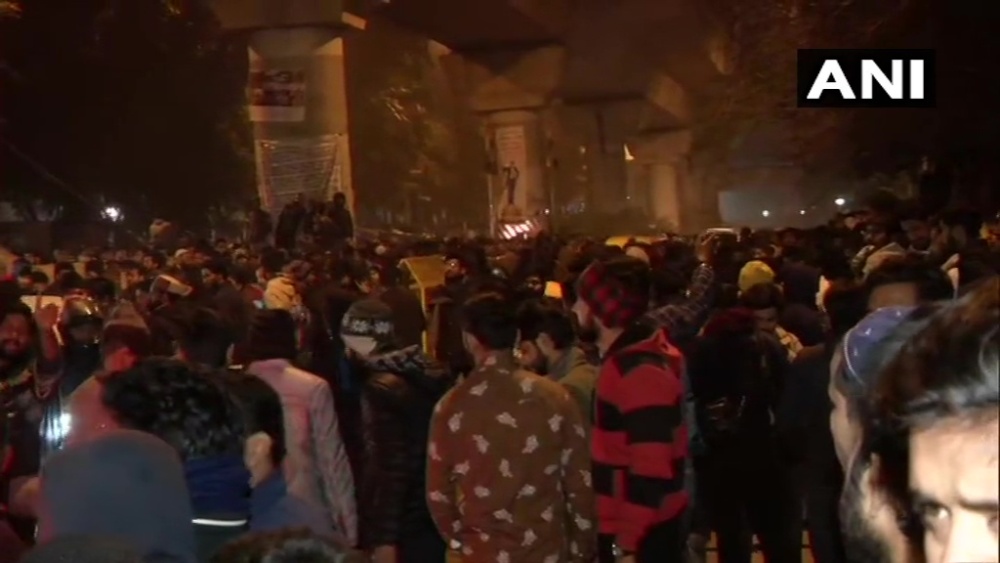 No one was injured in the attack.

In a statement issued by the Jamia Coordination Committee (JCC), a group comprising students and alumni of the university formed to protest against the Citizenship Amendment Act, said the attackers were on a red motorcycle.

One of the miscreants was wearing a red jacket, the statement said.

A senior police official said a case of attempt to murder under relevant sections of the IPC and the Arms Act was registered in connection with the incident and an investigation is underway.

This is the third firing incident in the Jamia Nagar area in a week.

On Thursday, a minor fired at anti-CAA protesters preparing to march from Jamia towards the Rajghat, injuring a student.

Two days later, a 25-year-old fired two rounds in air at Shaheen Bagh, where a protest against the new citizenship law has been going on. No one was hurt in the incident."Firing has taken place at Gate No. 5 of Jamia Millia Islamia...by two unidentified persons. As per report, one of them was wearing a red jacket and driving a red scooty having vehicle no. 1532 or 1534," the statement said.

"We heard the gunshot. That is when we stepped out to see and the two men left on a scooty," a student said.

"We have taken down the vehicle number and called police," he added.

Just hours before the late-night shooting, the Election Commission on Sunday shunted out Delhi's southeast DCP Chinmoy Biswal citing the "ongoing situation" in the area that had already soon two incidents of firing at anti-CAA protest sites.

"As decided by the Election Commission, this is to convey that Chinmoy Biswal IPS (2008), DCP (southeast), stands relieved from his present post with immediate effect and shall report to the MHA," an Election Commission spokesperson said.