Defending her move, TMC chief Mamata Banerjee said she had called BJP leader Pralay Pal as she received information that he was interested in talking to her. 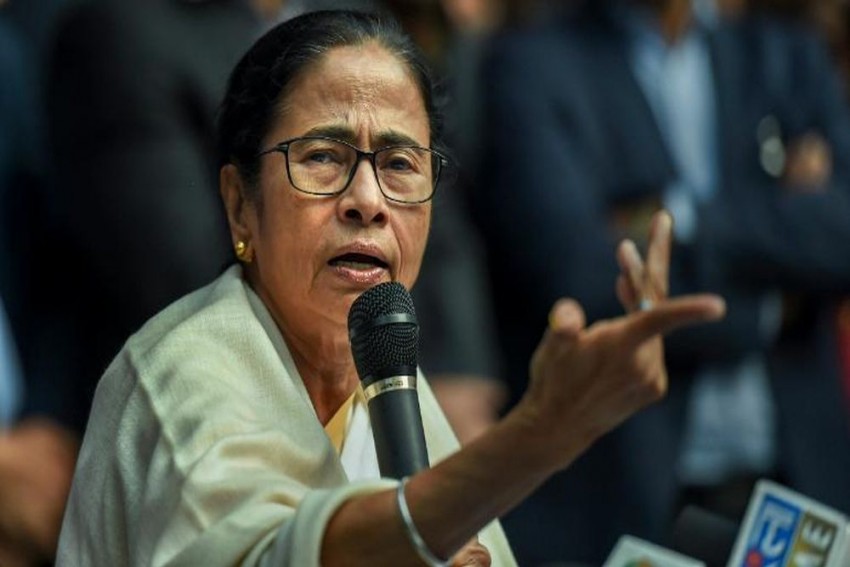 Days after a purported audio clip of West Bengal Chief Minister Mamata Banerjee speaking to a BJP leader from Nandigram seeking his help to win the constituency, was leaked, the TMC chief on Tuesday admitted that she had called the BJP leader.

However, defending her move, Banerjee said she had called the BJP leader (Pralay Pal) as she received feedback that he was interested in talking to her. Banerjee also said that as a candidate contesting in the Bengal Assembly polls she had the right to talk to any voter from her constituency.

Banerjee issued the clarification while addressing an election rally at Tengua in Nandigram on Tuesday.

"Yes, I had called up this BJP leader in Nandigram. I had got the feedback that someone wants to talk to me. So, I talked to him after getting his number. I told him to keep well, to take care of his health. So, what is my crime?" the TMC supremo asked.

"As a candidate of the constituency I can seek the help of any voter, I can call up anyone. There is no harm in that, it is not a crime," the TMC supremo said.

"But if someone makes the conversation viral that is a criminal offence. Action should be taken against the person who made my conversation viral, not me," Banerjee said adding she will continue to call up people in the same manner in future.

She recounted that in the past she had reached out to people cutting across party lines and even opposition MLAs who had sought her help. At times she even called them back to let them know about the follow-up action without bothering if it would become viral.

Making such conversations viral break trust and faith, she observed.

A huge controversy was created on Saturday amid the first phase polling for 30 assembly seats in West Bengal with BJP releasing an audio clip in which Banerjee was heard cajoling the BJP leader from Nandigram to rejoin TMC and help her win the seat.

"You should help us win Nandigram. Look, I know you have some grievances, but that's due mostly to the Adhikaris who never allowed me to come to either Nandigram or East Midnapore. I will take care of everything henceforth," Banerjee was heard telling Pal.

The family of Suvendu Adhikari, her former protege and now her BJP contest, holds sway in the district.

In the audio clip Pal was heard saying "Didi (Mamata is often referred to as the elder sister) you called me and I am honoured. But I can't betray the Adhikaris as they have stood by me through thick and thin".

He had later told TV news channels that Banerjee had called him up and requested him to return to TMC, a proposal he declined.

"I am now working for BJP and can't betray them," Pal said.

A BJP delegation led by the party general secretary and its Bengal minder Kailash Vijayvargia had met the state's chief electoral officer and handed over the audio tape.

They claimed that Banerjee was using her official position to influence the outcome of the bitterly contested assembly poll.

The ruling TMC had initially questioned the genuineness of the audio tape but later asserted that since Pal was a former TMC leader who had switched over to BJP there was nothing wrong with Banerjee trying to woo him back.

The high-profile Nandigram seat will go to poll on April 1 in the second phase.