Kamal Nath said he takes responsibility for the party's poor performance in Madhya Pradesh, where the Congress bagged just one out of the 29 Lok Sabha seats. 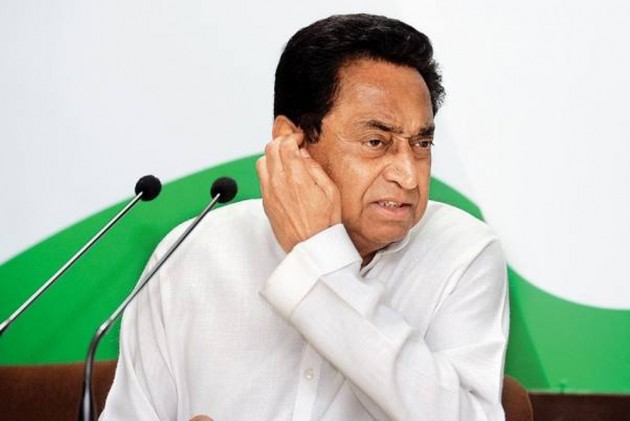 Madhya Pradesh Chief Minister Kamal Nath has said he had offered to resign from the post of state Congress president after the party's debacle in the recently concluded Lok Sabha elections.

His remarks come in the backdrop of reports that Congress president Rahul Gandhi had expressed disappointment that none of the party leaders, holding top posts, took responsibility for the party's poll rout after the Gandhi scion decided to resign last month.

Rahul has been adamant on stepping down as the Congress chief.

Nath said he takes responsibility for the party's poor performance in Madhya Pradesh, where the Congress bagged just one out of the 29 Lok Sabha seats.

"I take responsibility for the party's defeat in Lok Sabha elections in the state. Rahul Gandhi is right. I do not know who is responsible for the defeat but I had offered to quit the party post," Nath told reporters on the sidelines of a function in Bhopal late Thursday night.

"I personally believe that I am responsible for the party's defeat. I do not know who else in responsible," he added.

A senior Congress leader said Nath had offered his resignation as state party president after the Lok Sabha poll results.

"Nath had said he takes moral responsibility for the party's defeat in the state," he added.

Nath was appointed Madhya Pradesh Congress Committee (MPCC) chief in April 2018, while he took over as chief minister of the state in December last year.

Nath had offered to resign from the post of MPCC president after the Congress wrested power from the BJP after a gap of 15 years and he became chief minister.

However, he was asked by the Congress high command to continue in the party post.