‘When there was plan to reinstate Sachin Vaze into the Maharashtra police force, I had informed some leaders that he could create problems for us,’ Sena leader Sanjay Raut said 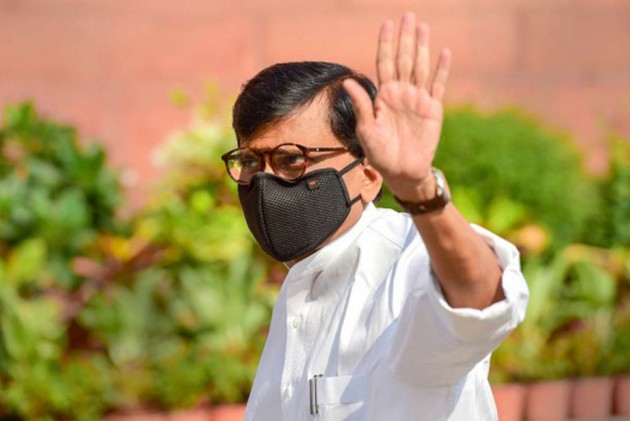 Shiv Sena leader Sanjay Raut on Monday said that the arrest of suspended Mumbai cop Sachin Vaze has taught some invaluable lessons to the Shiv Sena-led Maha Vikas Aghadi (MVA) government in Maharashtra. The Sena MP also claimed that he had warned the state leadership that Vaze might create problems for the government.

The Sena, NCP and Congress share power in the state.

The National Investigation Agency (NIA) earlier this month, arrested Vaze over his alleged role in planting an explosive-laden SUV near industrialist Mukesh Ambani’s residence in south Mumbai on February 25.

He was earlier also suspended in 2004 over the custodial death of Ghatkopar bomb blasts accused Khwaja Yunus and was reinstated into the police force last year.

"When there was plan to reinstate Sachin Vaze into the Maharashtra police force, I had informed some leaders that he could create problems for us. His behaviour and style of working could lead to some troubles for the government," Raut told a TV channel.

The Rajya Sabha member further said he cannot reveal names of those leaders, but "they are well aware of my conversation with them".

Raut said he has been a journalist for some decades and hence, knows about Vaze.

A person is not bad, but sometimes a particular situation makes him so, he said.

"This whole incident of Vaze's activities and controversies thereafter taught a lesson to the MVA government. It was good in a way that it happened and taught us some lessons," the Sena's chief spokesperson said.

On Chief Minister Uddhav Thackeray backing the suspended police officer, Raut said they did not have enough information about Vaze and his activities. "The chief minister supported him, but with his (Vaze's) activities having surfaced, there is no reason to shield the officer," he said.

"There is nothing to raise eyebrows over the rumoured meeting between Sharad Pawar and BJP leader Amit Shah. In fact, a dialogue between leaders of opposition (rival) parties is good. I am saying this provided they actually met each other in Ahmedabad," he said.

Raut further said even if Pawar and Shah had met, there was nothing to read too much into it.

"If it was really a secret meeting, how come it (news about it) came out," he said.

Raut also said the three-party alliance in Maharashtra will not be affected by the outcome of the Assembly polls in West Bengal, Tamil Nadu or other states.

On his remark in Sena mouthpiece 'Saamana' where he called Maharashtra NCP leader Anil Deshmukh an accidental home minister, Raut said Deshmukh is a gentleman.