Estimates vary about the number of Afghan families living in Delhi. Many are now worried they may never be able to return to their homeland. 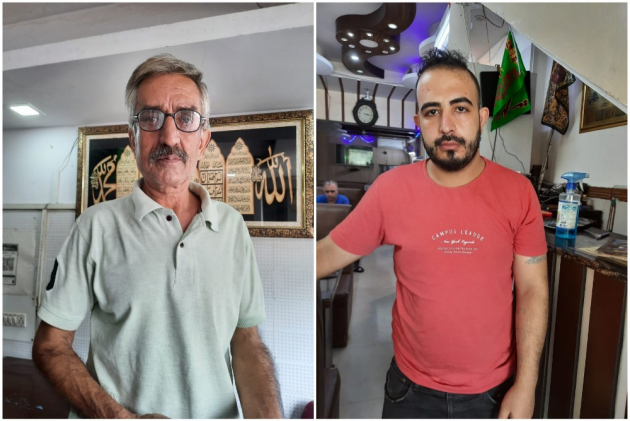 The mood among Afghan families living in Hauz Rani and Khirki village near Malviya Nagar in South Delhi is dismal. Some like 60-year-old Sahabuddin, a restaurant owner, are worried about their kith and kin back in Afghanistan following the takeover of the country by the Taliban, while others like 27-year-old Gulam Rizza are wondering about the future.

Seven years back, Rizza had been forced to flee from Afghanistan with his father, former army personnel, his school teacher mother, and younger brother, due to threats from the Taliban. “We can only imagine what our extended family members are facing following the takeover of the government by Taliban,” says Rizza, who has been working in an Afghani restaurant, to meet his family needs. The long wait for visa papers to migrate to some other country has been hard but the UN refugee cardholder Rizza states that the last seven years in India have been safer given the situation back in his motherland.

Sahabuddin, former army personnel who came to Delhi nine years back for his wife’s treatment, states that he opted to stay in India as the political situation in his country deteriorated. Worried about his elder son, who was working as an army officer with the overthrown government, and his wife and two sons, Sahabuddin says since the Indian embassy has shut operations, there is no certainty when they will be able to come to India. “It has been a struggle but I have been able to make a decent living here to look after my family including three sons,” he states.

Living in a street housing scores of Afghan families, many of whom are waiting for an opportunity to migrate to countries like Canada, Australia among others, Sahabuddin is unhappy that “the Taliban and Pakistan have overthrown the legitimate government. I am happy to be living in India away from the diktats of the hardliners and constant threat to life.”

Estimates vary about the number of Afghan families living in Delhi – predominantly in colonies like Lajpat Nagar (which has an "Afghan colony") and Tilak Nagar apart from colonies adjoining Malviya Nagar. Hyderabad is another city that has a large number of Afghans, most of whom originally came for medical treatment.

“Since the Covid lockdown last year, the number of Afghans coming for treatment has fallen sharply – probably over 80 per cent,” says Farid Alam, a commercial vehicle driver, who has been ferrying many of these visitors for over a decade. The sharp drop in their arrivals apart from Covid restrictions have adversely impacted Alam’s income.

Depending on the length of the treatment, many of the family members accompanying the patients tend to take up rented accommodation or stay in privately run guesthouses that have been set up over the years across the chain of hospitals near Malviya Nagar. The choice of whether to return to Afghanistan or seek political asylum in India or move to some other country has all been influenced by political factors back in Afghanistan. Things don’t seem bright for those who were waiting for favourable conditions to return to Afghanistan.