Sonia Gandhi was on Saturday appointed as interim president of the Congress at a crucial meeting of the party's working committee in New Delhi, after Rahul Gandhi refused pleas by partymen to take back his resignation. 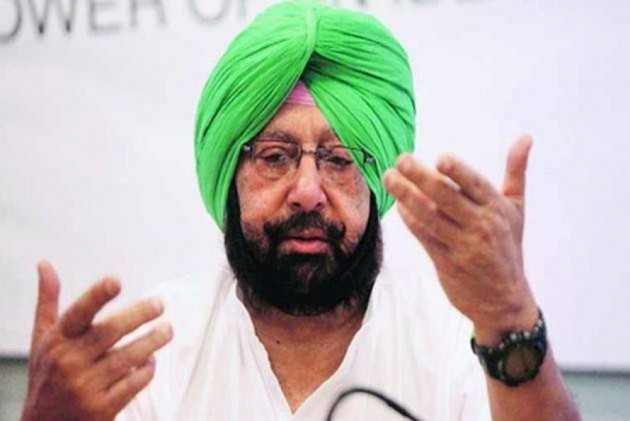 Punjab Chief Minister Amarinder Singh has welcomed Sonia Gandhi's appointment as interim president of the Congress as the best decision in the current circumstances, and said her experience and understanding will help guide the party.

Other Congress leaders from Punjab and Haryana also hailed her appointment as interim president, and said Sonia Gandhi has the right experience to guide the party in the present circumstances.

"Happy to see Smt. Sonia Gandhiji back in the saddle. It was the best decision in the current circumstances. Her experience and understanding will help guide@INCInida.

"I wish her and the party all the best," Singh said in a tweet.

Sonia Gandhi was on Saturday appointed as interim president of the Congress at a crucial meeting of the party's working committee in New Delhi, after Rahul Gandhi refused pleas by partymen to take back his resignation.

The announcement was made Saturday night after Congress Working Committee (CWC) accepted Rahul Gandhi's resignation at its second meeting of the day.

The party's highest decision-making body banked on the experience and tested leadership of Sonia Gandhi, to lead it in what the CWC described as "trying times".

"Great news! Smt Sonia Gandhi appointed @INCIndia President again. Look forward with much hope and determination towards this decision. Your valuable experience will help us in steering the party," tweeted Preneet, wife of Amarinder Singh.

"Overseeing the affairs of@INCIndia since several years, Smt.#Sonia Gandhi has the right experience to guide the party in the present circumstances. Welcoming#CongressWorkingCommittee's decision to pass on the reins to her by nominating her as the interim President," Tewari said in a tweet.

Hooda said the party will be further strengthened under her able leadership.

"Congratulations to Smt Sonia Gandhi ji on her appointment as the Interim Congress President by the Congress Working Committee. Best wishes for the road ahead!@INCIndia," Deepender tweeted.

Sonia Gandhi returned as party president almost 20 months after making way for his son Rahul Gandhi in December 2017. Sonia has led the party for almost 19 years before she quit the post citing health reasons.

She returned to the helm of the party two months after the Congress suffered a massive drubbing in the Lok Sabha polls under Rahul Gandhi's leadership.