Happy With 10% Quota, But Will Continue To Fight BJP: Hardik Patel

He said besides reservation, his other chief demand was withdrawal of police cases against Patidars during their four-year-old agitation as well as "action against police officials who unleashed atrocities on our youngsters". 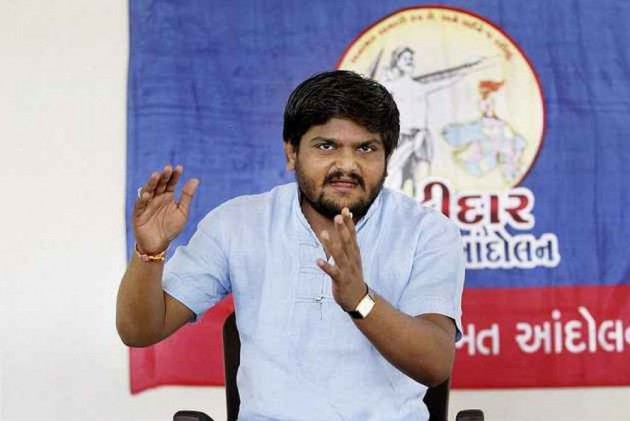 Firebrand Patidar leader Hardik Patel, who led agitations demanding quota for the community and was often at loggerheads with the Bharatiya Janata Party-led government in Gujarat--and Centre--, in a major revelation has said that he is satisfied with the 10 per cent reservation in government jobs and education for economically weaker sections in the general category announced by the Centre.

"I am happy with the 10 per cent reservation for the non-backward classes but let the Supreme Court first approve it," Patel told IANS on Wednesday.

"At the same time, the agitation of the Patidar Anamat Andolan Samiti (PAAS) will continue till the reservation is implemented in letter and spirit and Patidar (Patel) youngsters actually benefit from it," he added.

"My priority has been reservation for the Patidars in government jobs and educational institutions. We have succeeded in getting the Centre to announce reservation for the upper castes but we will wait till the Supreme Court approves it," Patel said over telephone from Lucknow.

He said besides reservation, his other chief demand was withdrawal of police cases against Patidars during their four-year-old agitation as well as "action against police officials who unleashed atrocities on our youngsters".

Patel was referring to the 2015 police action against the Patidars during the massive rally at the sprawling GMDC grounds in Ahmedabad which left 14 people dead.

Asked about his announcement to contest the upcoming Lok Sabha elections at a rally in Lucknow, Patel said: "Yes, I may contest the elections but nothing has been worked out so far."

Asked from where in Gujarat he is likely to contest, Patel said: "Arrey boss, nothing is final. You mediapersons keep on asking whether I will contest. My reply is I may, but nothing is final yet."

Patel added that earlier his age did not constitutionally permit him to contest polls but now he was eligible after turning 25 in July 2018.

Will he contest the election from Amreli constituency in Saurashtra region? Patel replied: "Nothing is final, you are asking the same question." He also said that his fight against the BJP will continue.

"Besides jobs for the youth, I have also taken up the cudgels for the cause of the farmers who are in severe distress because of this government's lopsided policies in favour of the corporate sector," Patel said.