Darjeeling does not want Gurung back, says Binoy Tamang 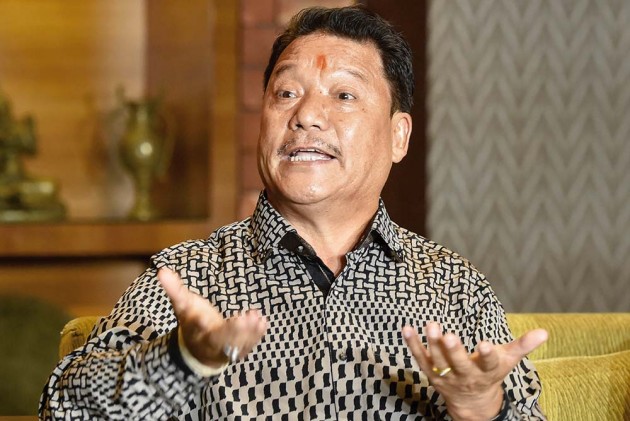 Asserting that "Bimal Gurung is a closed chapter" in Darjeeling, Tamang, who an ally of the TMC since 2017, said he, along with his colleague and Gorkha Territorial Administration (GTA) chairman Anit Thapa, discussed "several issues" related to the development of the hills.

"We have not discussed any issue related to Bimal Gurung. He is a fugitive and law will take its course. We talked about matters related to the infrastructure development in the Hills. It was a fruitful meeting," he said while addressing a press conference.

The Man Who Came In From The Cold

Banerjee, along with chief secretary Alapan Bandopadhyay and state ministers Aroop Biswas and Firhad Hakim, held an hour-long closed-door meeting with Tamang and Thapa. The state government is yet to come out with a statement on the meeting.

Tamang, who has been opposed to the proposal of Gurung's return to the Hills, said the people of the Darjeeling don't want him back.

"We are not sharing any administrative and political platform with Gurung. He has been charged with so many cases, almost 140 cases, including some under the UAPA. How can we have any association with him?" he said.

Gurung, who had been in hiding for three years, resurfaced in Kolkata on October 21 and pledged support to the TMC, after having quit the NDA, triggering discontent among the Tamang faction which had always backed the Mamata Banerjee party in the past.

Rallies were taken out in the Hills by the Tamang faction opposing Gurung's entry since October 22, prompting the fugitive leader's loyalists to organise counter-rallies welcoming him. Currently, Gurung is putting up in Kolkata along with his trusted aides.

Criticising the development as "dirty politics", the state unit of the BJP said the ruling TMC was trying to disturb peace in the hills.

"This is nothing but dirty politics to disturb peace. We condemn such politics... Just to win a few seats, the ruling TMC is pushing the Hills towards instability." BJP national general secretary Kailash Vijayvargiya said.

The TMC, however, refuted the charge as baseless and said it was the BJP which had tried to create unrest in Darjeeling.

"The BJP had tried to foment trouble the Hills. We brought back peace," TMC MP Sougata Roy said.

The picturesque Darjeeling had repeatedly witnessed violent agitation over demand for a separate state of Gorkhaland, the latest being in June 2017, when the Hills saw a 104-day-long strike over the issue.

The strike also led to a split in the GJM, with Binay Tamang, once a deputy to the outfit's supremo Gurung, taking over the reins of the party and expelling the boss.

Although the GJM faction led by Gurung had continued to align with the BJP, the other camp, headed by Tamang, joined hands with the ruling TMC in the state.