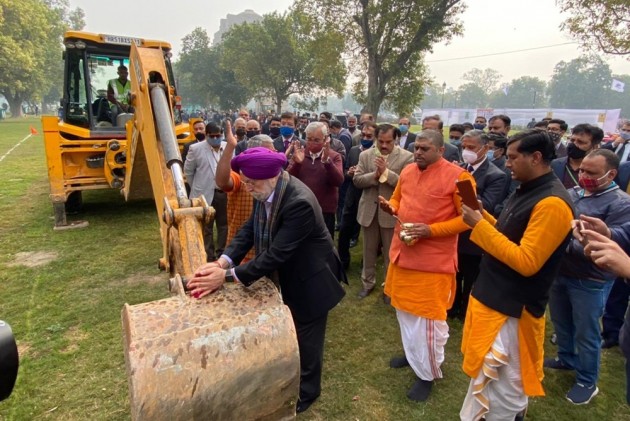 The ground-breaking ceremony for the redevelopment of Central Vista Avenue between the Rashtrapati Bhavan and the India Gate was performed by the Union Housing and Urban Affairs Minister Hardeep Singh Puri on Thursday.

According to the Central Public Works Department, the ground-breaking ceremony was held at India Gate Lawn where senior officials, including ministry secretary Durga Shanker Mishra, were present.

The government plans to hold the 2022 Republic Day parade on the newly-developed Rajpath, a project that is being executed under the government's ambitious Central Vista redevelopment plan.

Infrastructure firm Shapoorji Pallonji and Company Limited is executing the project. The company had emerged as the lowest bidder for the Rajpath redevelopment project quoting Rs 477.08 crore, which was 4.99 percent less than the estimated cost, according to the CPWD's bid documents.

The CPWD, which is executing the government's Rs 13,500-crore Central Vista revamp project, said that the redevelopment work of Central Vista Avenue will be executed in a phased manner so that some parts of Rajpath are available for visitors.

In September last year, Tata Projects Limited had won the tender for the construction of the new Parliament building.