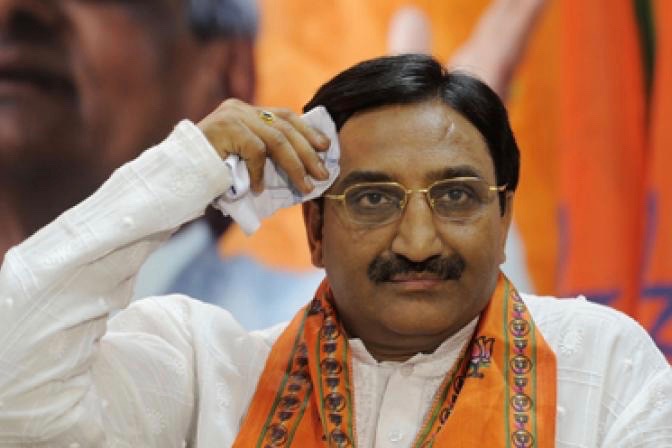 Pokhriyal, who defeated his nearest rival, the Congress’ Renuka Rawat by about 2,00,000 votes in 2014, is facing Ambrish Kumar of Congress this time.

A look at the graph of the vote share of major political parties in the past three Lok Sabha elections, shows that in 2004, it was a keen contest between the BJP, Samajwadi Party and Bahujan Samaj Party, with Congress way down.

In 2009, the Samajwadi Party’s influence waned majorly, and it polled just 4.67 percentage of votes, while the BJP and BSP were in close contest (polling 25.99 and 23.01 percent respectively), with Congress winning handsomely.

In 2014, the BJP soared way ahead of rivals, with Congress a distant second, and BSP way below. 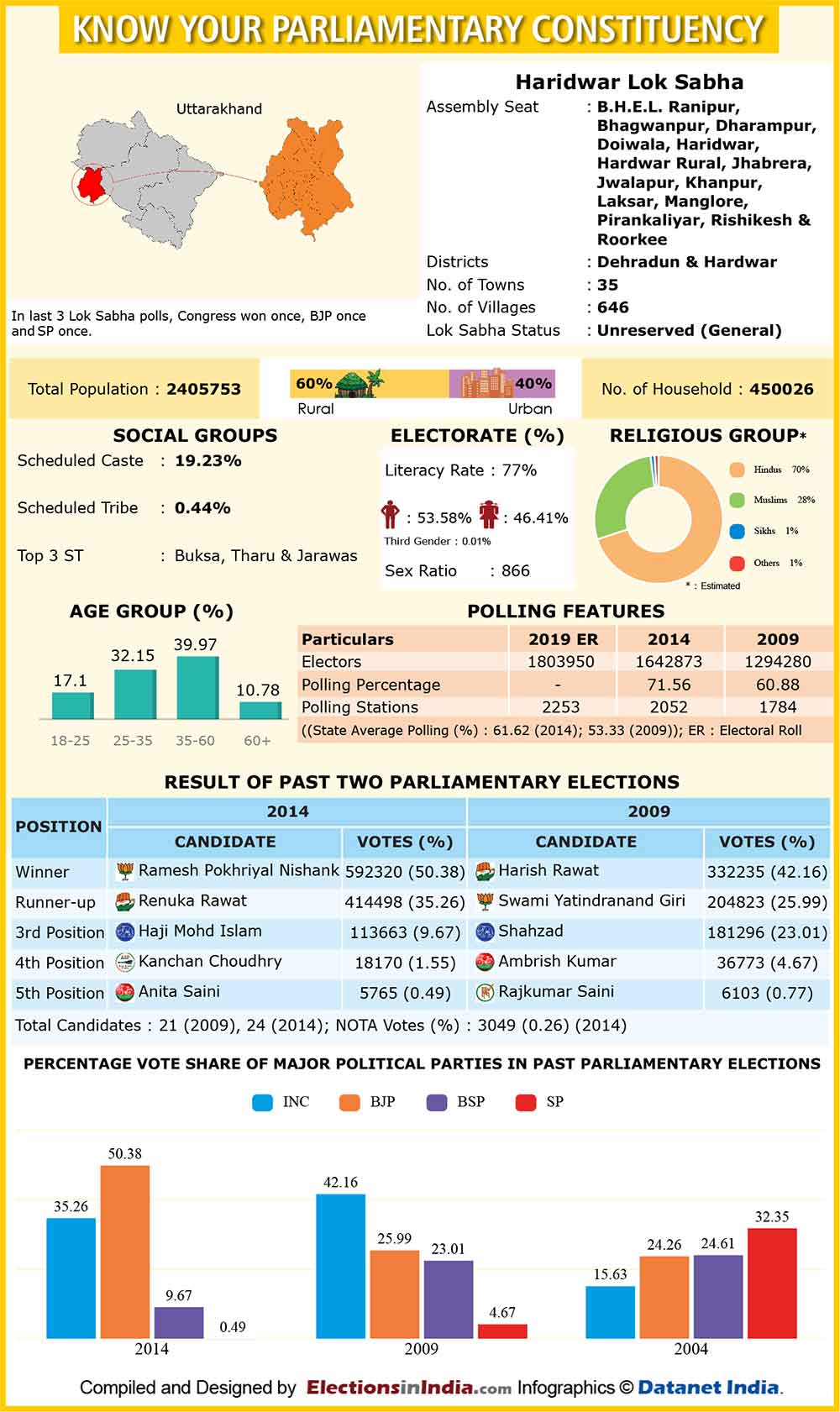 Haridwar is one of the five Lok Sabha constituencies in Uttarakhand.

Some interesting facts about the constituency:

It is spread over two districts of Dehradun and Hardwar.

The total population of the constituency is 24,05,753, with Scheduled Castes comprising 19.23 percent and Scheduled Tribes 0.44 percent.

Proxies Of Bahubalis: Bihar Voters Caught Between The Devil And The Deep Sea