Harish Salve and Caroline Brossard are passionate about theatre, classical music as well as art. 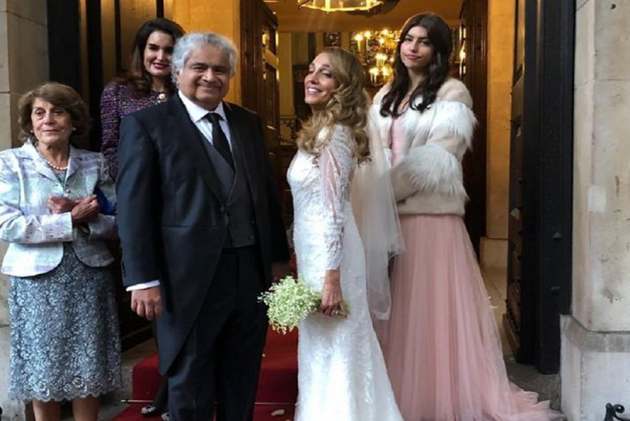 Salve has been associated with a number of high-profile cases, including Kulbhushan Jadhav, ITC Hotels, Vodafone, Ratan Tata, Mukesh Ambani, and so on. In January, he became Queen's Counsel (QC) in England and Wales.

His wife Carolina, 56, has an 18-year-old daughter from her first marriage. According to reports, Salve met Brossard at an art event. They both are passionate about theatre, classical music as well as art.

Salve has two daughters - Saanya and Sakshi - with his former wife Meenakshi.

One of the busiest lawyers during the lockdown, Harish Salve appeared before the Supreme Court in some high-profile matters, including the one in which he represented the Facebook vice-president Ajit Mohan in a case against the Delhi Legislative Assembly.