The farmers’ protest kept politics on the boil in Haryana for most of 2021. 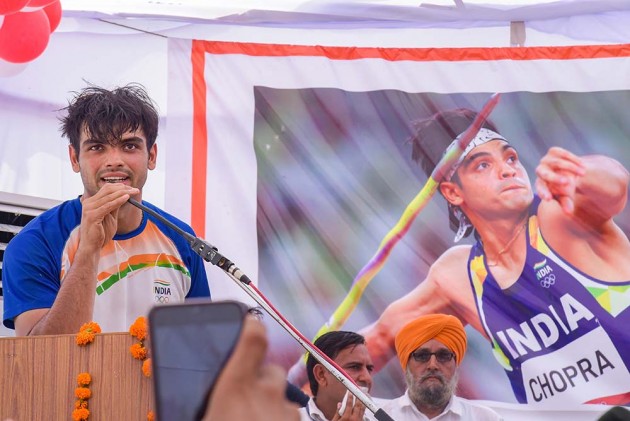 At its Tikri and Singhu border points with the national capital, farmers from Punjab and Haryana occupied a stretch of the highway for months, putting pressure on the BJP government at the Centre.

Though a much larger number of farmers protesting for the repeal of the three agri laws were from Punjab, Haryana with its BJP-led government saw a bigger impact in some ways. It faced rumblings within the ruling coalition, a bypoll and violent demonstrations.

For a brief while, the state basked in the success of a son of the soil in Tokyo, when javelin thrower Neeraj Chopra won a historic Olympic gold for India.

All this against the backdrop of the Covid pandemic. Like other states, Haryana too scrambled to ensure supplies of medical oxygen and ventilators during the brutal second wave in April-May.

The Haryana districts in the National Capital Region also coped with an influx of patients from Delhi and other neighbouring states. In the legislative assembly, the Haryana government maintained that there were no deaths due to shortage of oxygen.

In January, farmers ransacked the venue of the `kisan mahapanchayat’ in Karnal’s Kaimla village, where Chief Minister Manohar Lal Khattar was to address people on the benefits of the now repealed farm laws.

Farmers occupied the makeshift helipad where Khattar’s chopper was to land, prompting police to use water cannons and lob teargas.

In Hisar, police again lobbed tear gas shells to stop farmers from marching towards a Covid hospital being inaugurated by the CM.

An alleged police lathi-charge near Bastara toll plaza, as farmers moved towards the venue of a BJP meeting, triggered a big row after a video clip of a Karnal sub divisional magistrate purportedly briefing policemen surfaced on social media.

The IAS officer was heard telling policemen to “break their heads” if the protesters cross the line. Days later, thousands of farmers laid siege at the Karnal district headquarters, demanding action against the SDM.

The state government has set up a Commission of Inquiry, with a retired Punjab and Haryana high court judge, to probe the episode.

The protests put pressure on Deputy Chief Minister Dushyant Singh Chautala as well. The opposition Congress accused his JJP of ignoring farmers’ interest just to stay in power. Earlier, even some of JJP’s own MLAs had appeared to side with the farmers.

But Dushyant Chautala assured that the new laws would not affect the minimum support price (MSP) system. “I will quit the government, if the MSP goes,” he had maintained.

The actual “quitting” was done by a different Chautala – Abhay Singh of the Indian National Lok Dal, the JJP’s parent party. He resigned as the MLA from Ellenabad to express solidarity with farmers, but contested again when bypolls were held in October.

Predictably, Abhay Singh Chautala, the younger son of Om Prakash Chautala, won. But the margin was smaller than before.

In an apparent bid to put pressure on dissenters within the JJP, the Congress had also moved a motion of no confidence against the Khattar government earlier in the year.

At the Tokyo Olympics, Haryanvis did the country and their state proud. Neeraj Chopra, who hails from Khandra village in Panipat, won independent India’s first ever track and field Olympic medal. Ravi Dahiya won a silver and fellow wrestler Bajrang Punia a bronze.

In the men’s hockey team that won a bronze, bringing an Olympic medal home in that sport after four decades, two players were from Haryana. The women’s team, which came close to a medal, was packed with nine Haryanvis.

Last month, opposition Congress trained its guns at Khattar government after what it called the “biggest job scam” in the state surfaced. Haryana Public Service Commission Deputy Secretary Anil Nagar was arrested and sacked for allegedly taking bribes to manipulate the marks of aspiring dental surgeons.

Earlier, amid protests by Congress members, the Haryana Assembly passed a Bill that allows authorities to recover compensation from violent protesters for damage to property.

In August, the assembly passed the Haryana Parivar Pehchan Bill, 2021, aimed at creating a unique identification number for each family and preparing a database to allow easy access to government services.

As the year draws to a close, tension over namaz in some open spaces in Gurugram persists. Friday namaz, even at locations designated for this earlier by the administration, are disrupted by right-wing activists who chant slogans, and sometimes conduct a ‘havan’ or a game of cricket there.

Policemen keep a wary eye to prevent the situation from escalating. Ex-MP Mohammed Adeeb has now filed a plea in the Supreme Court seeking action on the issue.