Haryana: 5 Covid Patients Die In Hisar Allegedly Due To Oxygen Shortage, Probe On

Following the deaths, relatives of some of the patients, who were admitted to the designated Covid facility, held a protest outside the hospital 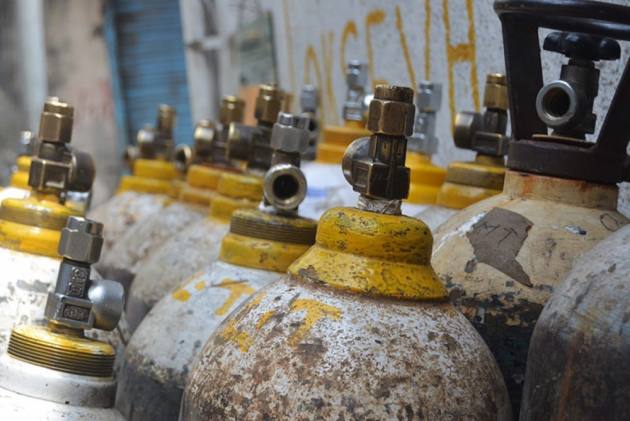 Five Covid-19 patients died in a private hospital in Haryana’s Hisar on Monday and their families have alleged that the shortage of medical oxygen had led to the deaths. This is the third such incident in the last 24 hours in the state.

Following the deaths, relatives of some of the patients, who were admitted to the designated Covid facility, held a protest outside the hospital alleging that there was a grave shortage of medical oxygen.

Meanwhile, the Gurgaon district administration ordered a probe into the death of four patients in a private hospital after reports that they died due to an alleged oxygen shortage in the facility. The hospital authorities denied these reports and said those who expired were critically ill.

In Pics: Amid Rising Covid-19 Cases, Patients Run From Pillar To Post In Search Of Medical Oxygen

After the deaths in Rewari, relatives of some of the patients, who were admitted to the designated Covid facility, held a protest outside the building complex alleging there was a grave shortage of medical oxygen.

"Three patients died in the ICU, while one patient died in the ward. We have limited oxygen supplies. We are repeatedly telling the administration about this and have been sending them reminders," an official of the hospital in Rewari told reporters outside the building.

"We have been sending empty oxygen cylinders to vendors to fill them again. Since 9 am, we have been telling the authorities that we have limited stock," he said.

The hospital official said the hospital has a consumption of 300 medical oxygen cylinders per day. "There are 114 Covid patients admitted in the hospital," he said.

Narnaul Deputy Commissioner Ajay Kumar, who is currently officiating as the DC of Rewari district, said the allegations of oxygen shortage and four deaths were made by the hospital.

"The sub-divisional magistrate, chief medical officer, and other officials are at the hospital to find out what led to these deaths. They (the hospital) are claiming that there was an oxygen shortage. However, from the administration's end, regular supply has been given. So, we are finding out where the gap arose, all this is being investigated, Kumar had told PTI over the phone earlier in the day.

A person whose aunt was admitted to the hospital could be seen pleading with some police officials outside the facility, asking them to do something immediately to ensure that the hospital gets adequate stock of medical oxygen.

Meanwhile, the Gurgaon hospital, where four patients died allegedly due to oxygen shortage, said, "These patients had severe Covid. Although, we are facing a crunch of oxygen supply, in the case of these patients, it was not that we ran out of oxygen. Being critically ill, their oxygen saturation levels dropped sharply. The doctors tried their best to revive them, but unfortunately, they passed away."

In the case of Covid patients who are critically ill, one cannot predict when the saturation levels will fall, one of the owners of the private hospital told PTI over the phone.

She said that given the present surge in demand for oxygen some of the patient's attendants have arranged some cylinders as a backup on their own.

However, the Gurgaon district magistrate took cognizance of the incident and ordered a probe that would ascertain the circumstances leading to the deaths despite claims that oxygen was available.

The probe will be conducted by Sub Divisional Magistrate Jitender Kumar, according to an official statement.

Haryana has seen a rise in coronavirus cases and fatalities in the current month. The demand for medical liquid oxygen has also increased in hospitals.

Due to the increased demand to cater to critical COVID patients, the Haryana government on Sunday prohibited all oxygen manufacturing units or suppliers of oxygen in the state from providing the gas to industries till further orders.

"It is further directed that these units will provide their entire production of oxygen for medical purposes," a state government order said.

These units are also directed to produce oxygen to their maximum capacity and maintain a record of the manufacturing and distribution on a daily basis," it further said.

However, industries like pharmaceutical, petroleum refineries, steel plants, oxygen cylinder manufacturers, food and water purification, etc have been exempted from the order.