More than two weeks after taking oath as the Haryana CM, Manohar Lal Khattar expanded his council of ministers. 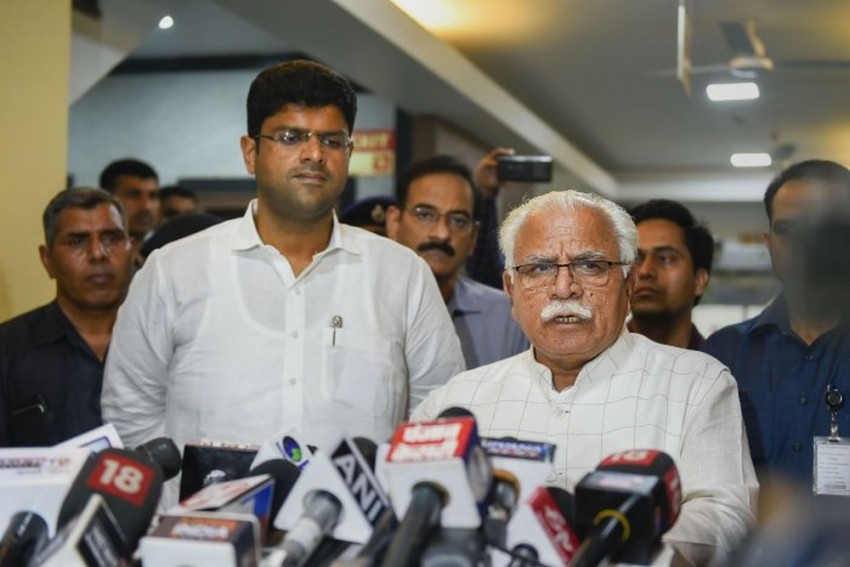 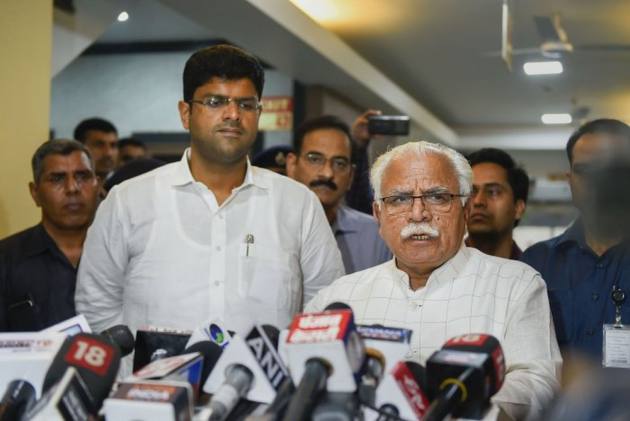 More than two weeks after taking oath as the Haryana Chief Minister, Manohar Lal Khattar on Thursday expanded his council of ministers by inducting 10 members.

The induction of 10 members -- six of cabinet rank and four ministers of state -- takes the strength of council of ministers to 12.

Haryana governor Satyadeo Narain Arya administered the oath to newly inducted ministers at a ceremony at the lawns of Raj Bhawan here.

Among the ministers who took oath, eight are from BJP and one from Jannayak Janata Party (JJP) and one Independent.

Among those who were inducted as ministers of state are BJP's Om Prakash Yadav from Narnaul seat, BJP's Kamlesh Dhanda from Kalayat seat, JJP's Anoop Dhanak from Uklana seat and Sandeep Singh from Pehowa seat.