Haryana Farmers Getting Pro-Farmer Slogans Printed On Their Wedding Cards 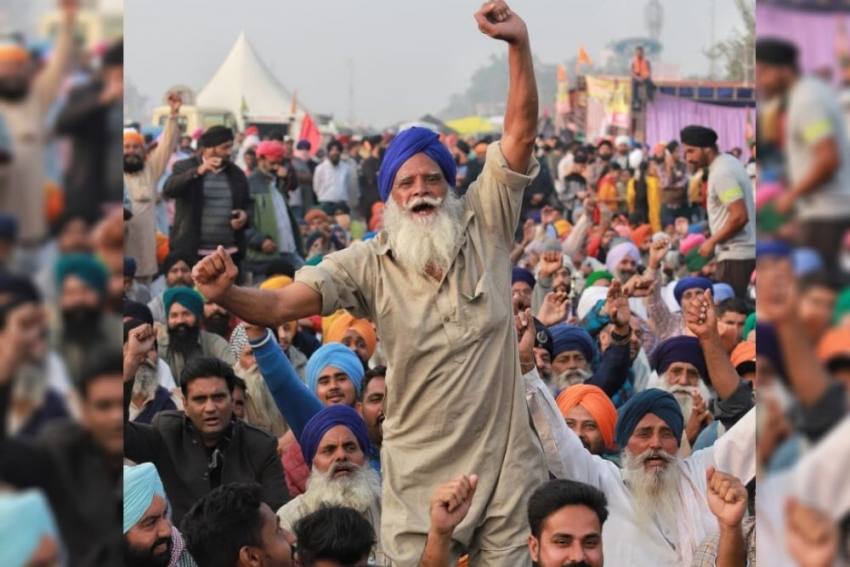 Farmers in Haryana have discovered a unique way to extend their support in the ongoing agitation, led by thousands of farmers' against the Centre's new agri laws at Delhi borders. Some farmers are getting catchy slogans like “no farmers, no food” and photos of peasant leader Sir Chhotu Ram printed on their wedding invitation cards.

Several photos of freedom fighter Bhagat Singh too are finding their way on to the invitation cards amid peak wedding season, according to a printing press owner in Haryana's Kaithal district.

“We are getting requests from many farmer families and some others as well to have slogans like 'no farmers, no food' and photos of Sir Chhotu Ram and Bhagat Singh printed on the wedding cards,” said the owner.

Slogans coined by several farmers' unions to highlight their struggle have played a pivotal role in helping the agitation resonate with the masses especially the city dwellers.

Prem Singh Goyat, a farmer from Dundhrehri village is among those who has got the slogan printed on his son's wedding invitation card.

Sir Chhotu Ram was born on November 24, 1881 and is regarded as a messiah of peasants. He was instrumental in empowering farmers in pre-Independence era and fought for their rights during the British rule.

“Thousands of farmers are protesting against these laws and we stand in solidarity with them. My son was getting married and it struck me... why not have pictures of Sir Chhotu Ram and Shaheed Bhagat Singh printed on the invitation card," Goyat said.

The farmer's son is set to tie the knot on February 20.

He said farmers have been protesting peacefully and the government should accept their demand to repeal the three laws.

Thousands of farmers have been protesting at Delhi's borders with Haryana and Uttar Pradesh since November last year, demanding a rollback of the three agri laws.

The protesting farmers have expressed apprehension that the laws would pave the way for the dismantling of the minimum support price (MSP) system, leaving them at the "mercy" of big corporations.

However, the government has maintained that the new laws will bring better opportunities for farmers and help introduce new technologies in agriculture.