Kanda was arrested on charges of rape, abetment to suicide and criminal intimidation. 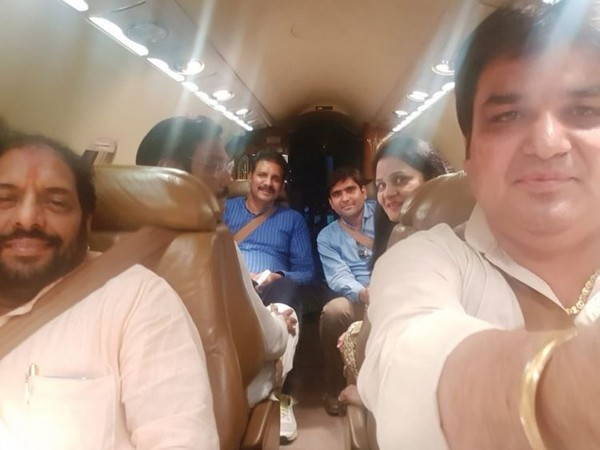 As the Bharatiya Janata Party fell short of a majority in Haryana, the party is trying to woo the independent MLAs and other parties to form the government. With no clarity on whether the Jannayak Janata Party will back the Congress or the BJP, the BJP is trying to rope in Lokhit Party leader Gopal Kanda, who won the Sirsa assembly constituency in Haryana.

Kanda who claims to have at least 5 independent MLAs on his side. He is expected to meet BJP president Amit Shah on Friday. He is said to have left for Delhi for the meeting to decide on the chances of giving support to the BJP in forming a government in the state.

Kanda had lost assembly elections in 2014, but managed to turn his fortune around this time and has successfully won the election from Sirsa assembly seat by a slender margin of 602 votes.

Only 2 Win Out Of 10 BJP Ministers Contesting Haryana Polls

Kanda, a former Haryana minister, won from Sirsa assembly seat by a margin of 602 votes. He defeated Gokul Setia, an independent candidate.

He has been in surrounded by multiple controversies throughout his public life. He has been accused of abetting the suicide of a young air hostess in 2012 who previously worked with MDLR. The suicide note of the girl has alleged that Kanda harassed and "misused her".

Kanda was arrested on charges of rape, abetment to suicide, criminal conspiracy and criminal intimidation. Six months later, the mother of the girl also committed suicide and she also blamed Kanda and his aides for her suicide. Kanda was granted bail in March 2014. He continues to face trial in the air hostess suicide case

According to the latest trends, the BJP has managed to win 40 seats in Haryana. The party has emerged as the single largest party in the state, but it has fallen short of the half-way mark of 45 seats.