'I have given the farmers full support after listening to my inner conscience,' MLA Sangwan wrote in a letter to Haryana CM 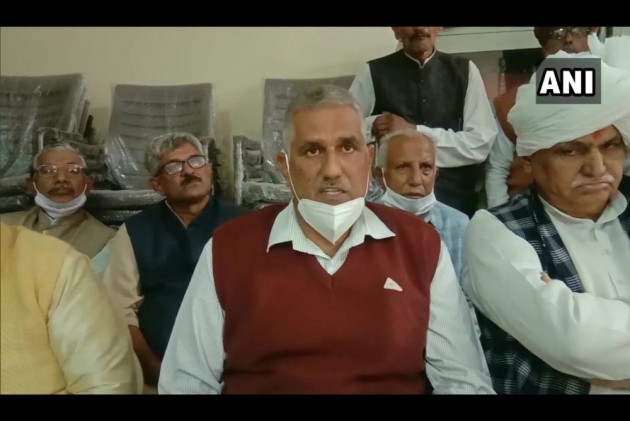 Extending his support to the farmers gathered at Delhi's borders protesting the Centre's new farm laws, Haryana MLA Sombir Sangwan on Monday tendered his resignation as chairman of the State Livestock Development Board.

Sangwan is an Independent MLA supporting the BJP-JJP coalition government in the state.

In the letter to Chief Minister Manohar Lal Khattar, he said, "I have resigned from my post in support of farmers. Like the entire country, farmers from my assembly constituency Dadri are also protesting against these laws. In this situation, extending my full support to them is a priority for me and my moral duty too."

"I have given the farmers full support after listening to my inner conscience," the MLA wrote.

On Sunday, Sangwan had said Haryana's many 'khaps' have decided to respond to the agitating farmers' 'Delhi Chalo' call and march to the national capital to support their protest against the three central farm laws.

The protesting farmers have expressed apprehension that the new agri-marketing laws enacted at the Centre will lead to the dismantling of the minimum support price (MSP) system, leaving peasants at the mercy of the big corporates.

The government, however, says the new laws give farmers options to get higher prices for their crops and the MSP regime will continue.