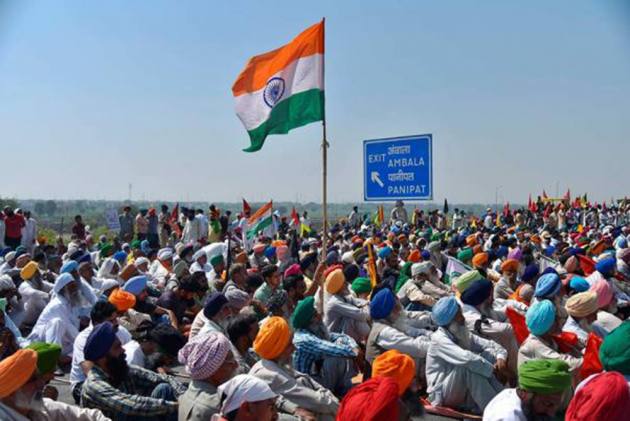 Violence broke out on Saturday after farmers protesting the Centre’s new agriculture legislations clashed with police in Haryana’s Rohtak resulting in a police officer and an elderly farmer getting injured.

The clashes erupted when protesters tried to stop Chief Minister Manohar Lal Khattar from entering a private university, where he was scheduled to attend a condolence meet, held in memory of Rohtak MP Arvind Sharma’s father.

As farmers tried to gherao the spot where the CM’s chopper was expected to land, police lathicharged them, resulting in violence.

Heavy police security arrangements were made outside the university with barricades put up to stop protesters, said officials.

Farmers were adamant on heading towards the university and tried to force their way through police barricades, resulting in a mild lathicharge by police. Police personnel were reportedly pelted with stones.

Khattar's chopper landed at an alternate helipad at the Police Lines in Rohtak, the official further said.

Farmers have been opposing leaders of the BJP and its alliance partner JJP over the Centre's three farm laws.

Farmers had on Thursday held a protest against Haryana Deputy Chief Minister Dushyant Chautala outside the Hisar airport.

The farmers have also alleged that the government is deliberately targeting their leaders.

Om Prakash, a former sarpanch, said farmers have decided to oppose public programmes of ruling coalition leaders till their demands are not met.

He said farmers were peacefully protesting against the chief minister when they were lathicharged.