Bhupinder Singh Hooda on Monday rode a tractor, pulled by party legislators on the way to the state Assembly here to protest the rise in fuel prices 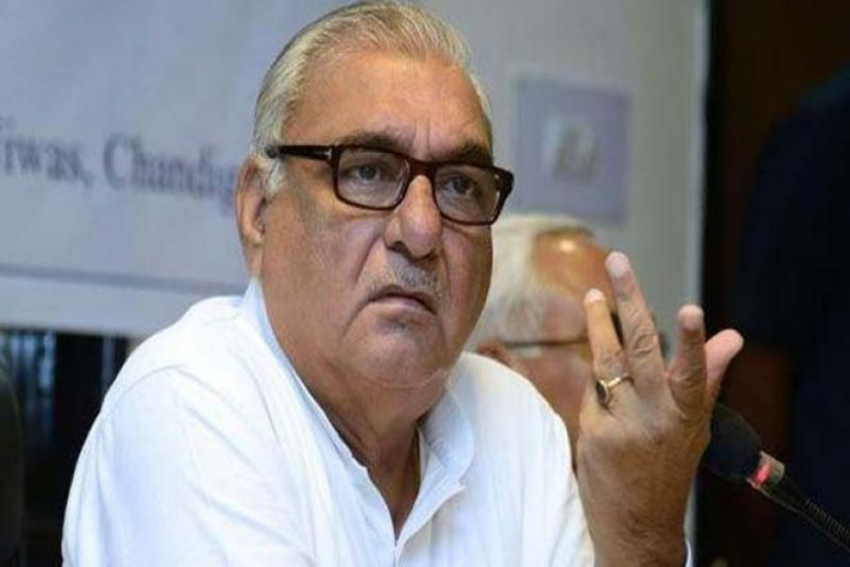 For riding a tractor that was pulled by the party's women legislators to protest against the rise in fuel prices, the Haryana State Women Commission has sought an explanation from Congress leader Bhupinder Singh Hooda.

Hooda, the Leader of the Opposition in the Haryana Assembly has been shot off a letter Preeti Bhardwaj, commission chairperson (officiating).

Hooda on Monday rode a tractor, pulled by party legislators on the way to the state Assembly here to protest the rise in fuel prices. Monday happened to be International Women's Day and on the occasion, women MLAs from across parties had presided over the day's proceedings in the Haryana Assembly.

Hooda along with some party legislators sat on the tractor while some other Congress MLAs pulled the tractor with ropes.

Haryana Chief Minister Manohar Lal Khattar had expressed his anguish over the incident and said in the Assembly, "This treatment to women MLAs was worse than bonded labour."

As known to the whole world, the day is celebrated as International Women's Day and the instance shocked the entire nation, Bhardwaj wrote in the letter.

Seeking a “strict written explanation” from Hooda within three days (by Sunday), Bhardwaj wrote why strict penal action under relevant provisions of law may not be taken against him.

In the communication, she wrote, "What is important to understand here is the fact that this act was committed with the ulterior motive and intention to harm, disrespect and strip the dignity of women on Women's Day itself."

"You have committed an act of gendered political violence with the motive to watershed the relevance of all events planned for March 8 Women's Day. Sadly, you chose women to commit this undignified and disrespectful act that has hanged the heads of one and all, irrespective of gender or party or any affiliations, in shame…You chose to challenge our existence—as women,” she wrote.

Bhardwaj alleged that Hooda chose to challenge women MLAs of Haryana “by attempting to strip them of their joy and pride as presiding officers" in the Haryana Assembly.

You chose to challenge the head of the government–chief minister of Haryana--who was overwhelmed while making a point regarding in context of this incident the next day before the whole strength of the Legislative Assembly, she said.

She further added, “You chose to challenge and you managed to play with the emotional connect that each person has with women in their lives – as a grandmother, as a mother, as a daughter, as a wife, as a niece, as a colleague, as a party worker, as a neighbour and a Goddess, too.”

One of the MLAs who had pulled the tractor, Shakuntala Khatak, had on Thursday asserted that she never considered herself less than men and accused the BJP of "playing dirty politics" over the matter.

"This is our internal matter. When I am not complaining, why do they have a problem? He (Hooda) is my leader, he is like my father. If I have to push a truck, I will do that too," Khatak had told reporters here.