The buzz over Chowdhury’s imminent departure as leader of the Congress in the Lok Sabha does trigger questions on whether the staunch Nehru-Gandhi loyalist has lost the confidence of his high command. 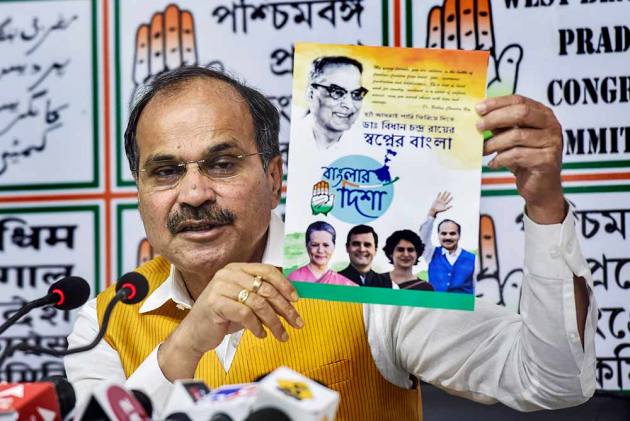 Shortly after the Congress’s second consecutive rout in the general elections, when the party high command chose Adhir Ranjan Chowdhury as Leader of the Congress in the Lok Sabha, the decision stunned many. Until then, despite his five consecutive Lok Sabha victories since 1991, performance as a vocal parliamentarian always on his feet to defend the party against rivals and being among the few Congress strongmen who could boast of an electoral fief, Chowdhury was not seen as a natural choice to lead his party’s flock in the Lok Sabha. Yet, despite being an outsider to the Congress’s Delhi durbar politics at that time in June 2019, the Berhampore MP skilfully positioned himself as a staunch loyalist of the Nehru-Gandhis who could launch into a fierce verbal tirade not just against Congress’s political rivals but also his own party colleagues who were critical of the party’s growing internal rot.

But then, political fortune’s a fickle thing. Two years since his sudden rise as his party’s leader in the Lok Sabha, a post that also paved his entry into the Congress’s highest decision-making body, the Congress Working Committee, Chowdhury may soon be relieved of the job. Ahead of the monsoon session of Parliament that begins on July 19, Sonia Gandhi, chairperson of the Congress Parliamentary Party and interim Congress chief, may appoint Chowdhury’s replacement for leading her party’s 52 MPs in the Lok Sabha. A decision to this effect may be taken on July 14 when the party’s parliamentary strategy group, of which Chowdhury is presently a member, meets Sonia.

This is not all. There are also strong rumours that the Berhampore MP may, over the next few months, be relieved by Sonia of the second key post he currently holds – that of the president of the Congress’s West Bengal unit.

Chowdhury has, so far, refrained from commenting on the rumours. To queries about his possible benching, Chowdhury has the standard response: “I am a loyal soldier of the Congress party and I will carry out any responsibility that the party decides to give me.” For good measure, he adds, “I had never asked to be made leader of the party in the Lok Sabha or to be given any other post… whatever the high command asked me to do, I have done to the best of my ability.”

The buzz over Chowdhury’s imminent departure as leader of the Congress in the Lok Sabha does trigger questions on whether the staunch Nehru-Gandhi loyalist has, within two years of his swift rise in the party hierarchy, lost the confidence of his high command. That Chowdhury was never wildly popular among his party MPs is a fact well known to Congress observers. When Chowdhury was appointed as leader of the party in the Lok Sabha, many of his colleagues secretly mocked Sonia’s choice and insisted that others like Shashi Tharoor, Manish Tewari or even the lesser known, albeit six-term MP, Kodikunnil Suresh would have been better suited to the role. Over the past two years, rumours of Congress MPs being unhappy with Chowdhury’s leadership in the Lok Sabha and urging Sonia to name a replacement were recurrent. But then, Sonia never acted on these reported grudges.

In August last year, when the CWC met to discuss the controversial letter by 23 reform-seekers, Chowdhury was among the most vociferous critics of the so-called rebel party leaders. Congress sources say when Sonia finally reached out to the G-23 to broker truce, the demand to replace Chowdhury resurfaced but she craftily bypassed it. So why, if rumours are true, is Sonia finally convinced that Chowdhury must step down as the party leader in Lok Sabha?

The simplest explanation offered by some party leaders is that Chowdhury’s inability to turn around the party’s electoral fortunes in the recent Bengal polls – the Congress scored a humiliating zero – and his sharp criticism of Mamata Banerjee is a hurdle to the Grand Old Party’s hopes of reviving a political relationship with the Trinamool Congress. Others say Chowdhury is being relieved of his job in the Lok Sabha so that he can focus on rebuilding the party in Bengal. A section of party leaders also claims that Chowdhury may be relieved of his responsibility in the Lok Sabha because the party wishes to strictly adhere to the ‘one person, one post’ norm.

A senior Congress functionary Outlook spoke to said relieving Chowdhury as party leader in the Lok Sabha has little to do with pacifying the Trinamool and is, perhaps, the result of machinations within the party. “There have been regular complaints over his performance. Some of our MPs feel he doesn’t properly articulate the party’s position on key issues in the Lok Sabha, others say he is too abrasive in interactions even with our own MPs while there is also an impression that he is not interested in his Lok Sabha duties and is always occupied with the political developments in Murshidabad.”

Among the names doing the rounds as Chowdhury’s possible successors are those of Shashi Tharoor, Manish Tewari (both had lost out to Chowdhury in June 2019 and were later part of the G-23), Ravneet Bittu, Gaurav Gogoi (both confidantes of former Congress chief Rahul Gandhi) and Uttam Kumar Reddy, who was recently relieved as president of the Telangana Congress Committee. Congress sources say that if Sonia does decide to appoint Tharoor or Tewari as the party’s leader in Lok Sabha, it would also mark another effort by her to reach out to the reform-seekers within her atrophying organisation but the choice of Bittu or Gogoi may signal Rahul’s continued control over all key appointments in the party he is still reluctant to officially lead.

Those close to Chowdhury insist that the Congress’s only satrap in Bengal “will not be surprised” if the party chooses to bench him in the Lok Sabha but that the real blow to him would be if rumours of removing him as the Bengal unit chief come true too. It is no secret that despite being the only Congress leader in Bengal with a stronghold on the grassroots, particularly in Murshidabad, Chowdhury has many detractors within the party’s state unit. “He is arrogant and acts arbitrarily on appointments to the party’s posts at the state, district and block level. His personal dislike for Mamata Banerjee was the reason we could not work out an alliance with the Trinamool for the Bengal polls and instead chose to align with the Left only to lose whatever little ground we had, including in his own backyard of Murshidabad,” says a Bengal Congress leader. Several Bengal Congress leaders have, sources say, routinely complained to Sonia about Chowdhury’s functioning ever since he was sent back as the state unit chief last year after the demise of stalwart Somen Mitra.

The recent departure of Abhijit Mukherjee, son of the late Pranab Mukherjee and former Congress MP from Jangipur that falls in Chowdhury’s bastion of Murshidabad, is also being attributed within party circles to his inability to “bear repeated insults” the Berhampore MP heaped on him. “Mukherjee may not have been a strong leader but he was a gentleman and had good relations with people in the party at all levels but Chowdhury always treated him shabbily even though Chowdhury was always close to Pranab da. Abhijit could not even get block and district Congress presidents of his choice appointed in Jangipur because Adhir would overrule him on every recommendation,” says a Bengal Congress leader.

However, Congress leaders agree that though replacing Chowdhury as party leader in the Lok Sabha may be an easy decision because the party has better alternatives in the likes of Tharoor, Tewari and others, finding his successor in the Bengal unit may not be easy. “Where are the leaders who can fit the profile needed to lead the party against formidable rivals like the BJP or the Trinamool,” asks a former party MLA. Sources say Sonia may not remove Chowdhury as the Bengal unit chief immediately but the hunt for a suitable replacement who can work amicably with the Trinamool is on.

For Chowdhury, the voluble defender of the Nehru-Gandhis, the fall from favour seems imminent. With the Congress showing no signs of revival in his home state and the high command unwilling to accommodate him in the face of growing unease against his leadership, the Berhampore MP may be left with few options to sustain his political journey. Unless he springs another surprise on everyone and jumps ship before the Gandhis decide to bench him for good.