The AIADMK has alleged that DMK MP A Raja made ‘vulgar’ comments about Tamil Nadu Chief Minister Edappadi K Palaniswami. 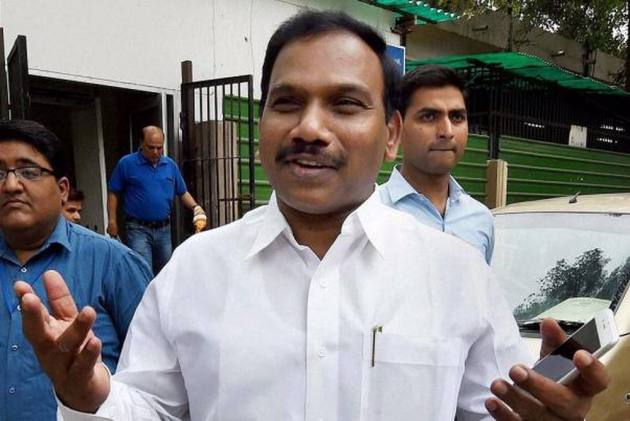 The ruling AIADMK in Tamil Nadu in a petition to the Chief Electoral Officer of the state on Saturday requested the poll body to disallow DMK leader A Raja to campaign for upcoming state assembly elections and direct police to file a case against him for his alleged offensive comments against Chief Minister Edappadi K Palaniswami.

In his plea addressed to CEO Satyabrata Sahoo, C Thirumaran,  state joint secretary of AIADMK's advocate wing alleged that Raja, who is a member of Lok Sabha, made "vulgar, third rate comments" during his election campaign at Thousand Lights constituency.

Considered as an offence under the Indian Penal Code as well as an 'election offence', the AIADMK urged the top official to direct registration of a case against Raja.

Also he must not be allowed to campaign for the April 6 Assembly polls considering his continuous 'vulgar' and 'hate' speech, the petition said.

A police complaint has already been lodged for a previous vulgar comment against Palaniswami and a case has been registered, it said.

The ruling party attached a copy of a news report that appeared in a daily on the comment and a video clip of Raja's purported vulgar comments -which has gone viral in the social media- in its petition to the CEO.

Rivals distorted and edited speeches to give it an offensive connotation due to "fear of defeat" and to ensure that such designs did not succeed, party workers must be mindful of words they choose during electioneering, the DMK top leader urged.