Hundreds of activists led by its Muzaffarnagar district president Ajit Rathi staged a dharna and blocked Circular Road in Civil Lines area in protest against the baton charge on Rashtriya Lok Dal activists. 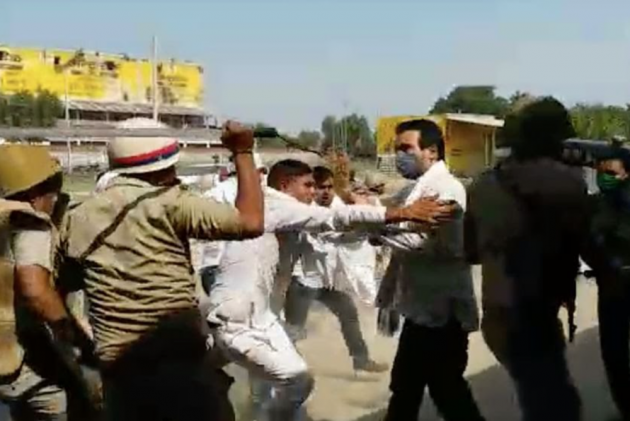 Rashtriya Lok Dal (RLD) activists staged a protest and blocked roads in different places in Uttar Pradesh's Muzaffarnagar district against police baton charge on its party leader Jayant Chaudhary on Sunday when he had gone to meet the Hathras victim's family.

In a press statement issued in Lucknow, the RLD alleged that its vice-president Jayant Chaudhary and party workers were baton charged by police when they were on their way to meet the family.

Hundreds of activists led by its Muzaffarnagar district president Ajit Rathi staged a dharna and blocked Circular Road in Civil Lines area in protest against the baton charge on RLD activists, including Chaudhary, and lodged a complaint against the police regarding the incident.

A similar road blockade was held as they blocked Meerut-Karnal highway at Phugana in the district. The RLD activists blocked the road for several hours led by former state minister Yograj Singh while a demonstration was also carried out in Morna.