The court also said that it would consider transferring the proceedings out of Hathras for ensuring a free and fair trial in the case. 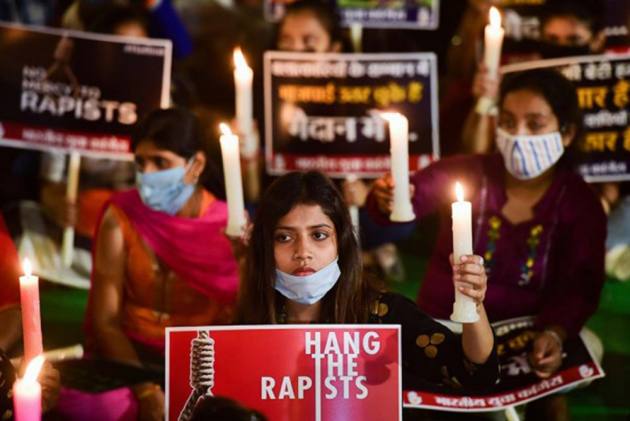 In an important development, the Allahabad High Court's Lucknow bench has sought to know if the prosecution witness and the lawyers of the Dalit girl who was allegedly raped in Uttar Pradesh’s Hathras in September, 2020 were threatened before a special judge during trial on March 5.

The bench has directed the Hathras district judge and CRPF Inspector General, central sector, to inquire regrading the same and submit a report within 15 days.

The court further said that it would consider transferring the proceedings out of Hathras for ensuring a free and fair trial in the case.

On Friday, a division bench of Justice Rajan Roy and Justice Jaspreet Singh directed the state government and district authorities to make all possible arrangements for security within the court premises and outside it and smooth conduct of the trial.

The bench also directed the CRPF to continue providing protection to the victim's family and the witnesses.

The 19-year-old Dalit woman was allegedly raped by four upper-caste men in Hathras on September 14. She died on September 29 at Delhi's Safdarjung Hospital during treatment.

The victim was cremated in the dead of the night near her home on September 30. Her family alleged they were forced by the local police to hurriedly conduct her last rites. Local police officers, however, said the cremation was carried out "as per the wishes of the family".

Directing the special judge (SC/ST Act) Hathras to conduct in-camera proceedings of the trial henceforth, the bench warned that if any person tried to disturb the trial or attempted to threaten the life, liberty and property of the victim's family and the witnesses in any manner, it would take very serious action, including initiating contempt proceedings.

The bench was hearing an application moved by the victim's brother who alleged that on March 5 that a mob, which included some lawyers, created a ruckus in the trial court and threatened the lawyer and two witnesses who had come to depose in the court on that date.

The brother demanded that a report of the incident may be called for from the special judge and meanwhile the trial proceedings be stayed, otherwise there would be a real and grave risk of a miscarriage of justice.

The bench was also apprised by the victim's counsel Sharad Bhatnagar that the Supreme Court had on March 12 rejected the plea to transfer the trial of the case outside Uttar Pradesh but added that then the incident of March 5 could not be informed to the apex court.

Meanwhile, CBI lawyer Anurag Singh informed the bench that the premier agency intended to file an application for transfer of the trial from Hathras within the state.

The bench fixed April 7 as the next date of hearing in the matter.