The 19-year-old victim in the Hathras case died at a Delhi hospital after she was allegedly raped by four men from her village on September 14 last year. 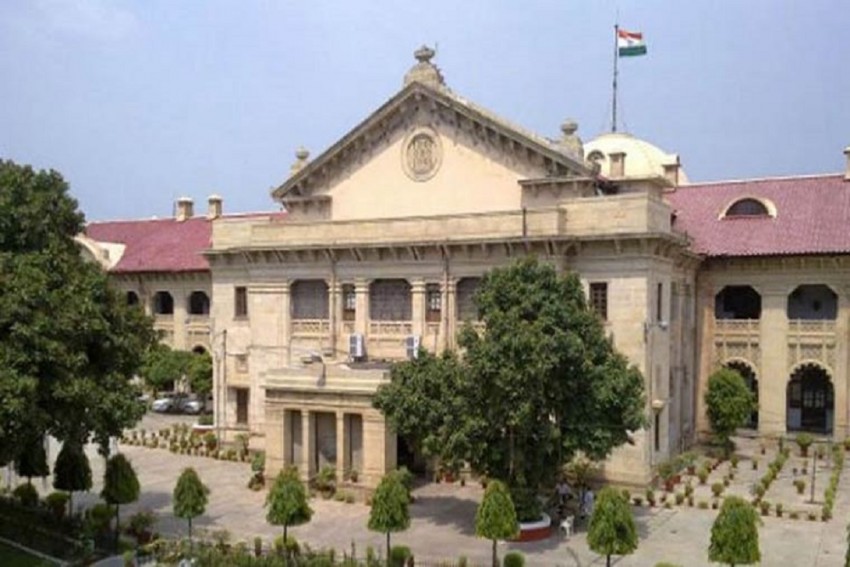 The Allahabad Court on Saturday was presented related audio and video clippings of the Hathras alleged rape case by several parties. The court after watching the clippings, passed them to the parties and asked to file their responses accordingly.

The court took cognisance of the matter after the electronic and print media vehemently reported on the alleged rape of a 19-year-old Dalit woman in the Hathras district of Uttar Pradesh. It expressed that the conduct of the district police and administration snatched the fundamental right from the victim's family to carry a dignified cremation

The proceedings were conducted in the video-conferencing hall of the court.

In the presence of Justice Rajan Roy and Justice Jaspreet Singh of the Lucknow bench of the high court, senior lawyer J N Mathur, Additional Advocate General V K Sahi, Uttar Pradesh Home Secretary Tarun Gaba, the then Hathras District Magistrate Pravin Kumar and Superintendent of Police Vikrant Veer as well as the brother and sister-in-law of the victim and their lawyer Seema Kushwaha watched the clippings.

The judges asked the parties not to express any opinion on the clippings and if they wanted to say something, they could file their response in the court by January 27, the next date of hearing.

The court had taken suo motu cognisance of the issue, particularly the alleged objectionable manner of the victim's cremation.

In the first hearing, the court had directed different television channels and newspapers to provide the material on the basis of which they had telecast news or published reports on the Hathras case.

In response, the video and audio clippings were submitted in the court.

After watching the clippings, the court was of the view that all parties should view those and present their responses, before it passes any order in the case, in which it could make mentions of the clippings.

During a previous on December 16 last year, the court had fixed January 27 as the next date of hearing in the Hathras rape case, after the CBI sought more time to conclude its investigation.

The 19-year-old victim in the Hathras case died at a Delhi hospital a fortnight after she was allegedly raped by four men from her village on September 14 last year.

She was cremated in the middle of the night in her village.

Her family members claimed that the cremation, which took place well past midnight, was without their consent and they were not allowed to bring home the body one last time.